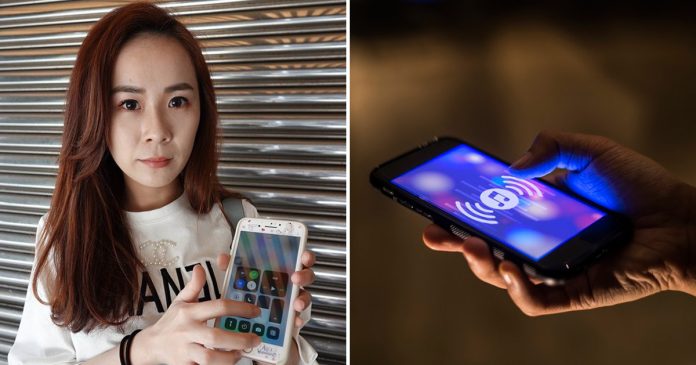 While many are aware of the dangers of excessive use of smartphones, not many know that using a smartphone with maximum screen brightness is equally damaging to the eyes.

A Taiwanese woman was reported to suffer from a critical eye trauma after using her smartphone with its screen brightness set to maximum for two years.

The 25-year-old lady whose surname is Chen would often use her smartphone after she switched off the light in her bedroom at night.

Chen who works as a secretary often spent her after working hours watching dramas on her smartphone with maximum screen brightness.

The habit went on for two years until March 2018 when she experienced discomfort in her eyes.

At first, she used eye drops to soothe her eye irritation. However, she later realised that there may be something wrong with her eyes as they turned bloodshot and in severe pain.

When the doctor then told her that the blood vessels in her left cornea were congested with blood and it left her vision impaired to 0.6.

Her eye cornea suffered from worse injury as the vision in her right eye was only 0.3 with over 500 tiny holes on her cornea.

Thankfully, Chen managed to recover from the eye pain a few days after she was given steroids.

According to the doctor who treated her, Chen’s eyes suffered terrifying consequences due to her smartphone screen emitting light at 625 lumens. The recommended level of lumens is 300.

“Using the phone with such brightness for over two hours means the eyes will have the same effect as being baked in a microwave,” the doctor said as reported by Apple Daily.

Smartphone users are reminded to use their phones at night in a well-lit room and also to limit the screen brightness to a minimum of 250 lumens in order to not strain the eyes.

8 tips to boost your chance to get pregnant with twins...