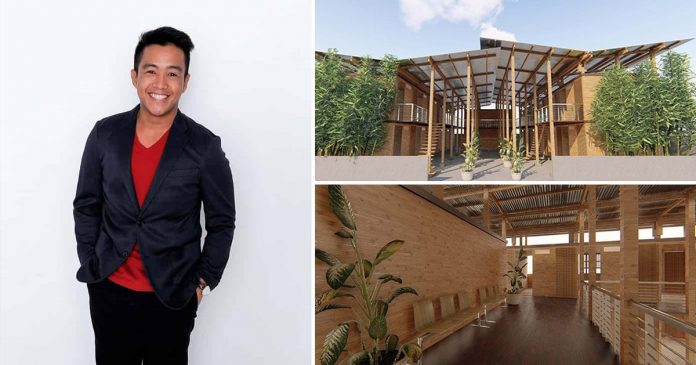 The Philippines’ Earl Patrick Forlales might be only 23 years old but he has already emerged as one of the brightest minds the nation has ever seen thanks to his creative solution to the housing problem for the poor.

Forlales who is a chemistry and material science graduate from Ateneo de Manila University came up a low-cost modular housing unit called Cubo.

The housing unit might be an effective solution to the underprivileged community in The Philippines as it uses bamboo as its main material.

The creation is also easy to assemble.

According to Forlales, he came up with the idea after he was inspired by the “bahay kubo” which means nipa hut.

Bahay kubo is a popular traditional house in many rural parts in The Philippines.

Through Cubo, he hopes that it will deliver as a solution and hope to provide decent-sized homes that are functional for the country’s poor population.

“The Cubo unit itself is a standard three-by-four-meter studio meant to house two residents,” Forlales told Town and Country in an exclusive interview.

“The prefab modules only take four hours to install on site and would only cost roughly P4,200 (US$80) per square meter,” he said.

The bamboo material is treated and laminated to ensure that it will last long up to 10 times longer than its average life span of 3 to 4 years.

“Three units in every community would be allotted for a livelihood center, a daycare center, and a community office/clinic. The roof is designed to collect rainwater into storage tanks behind the community,” he added.

“In terms of facilities, a huge kitchen, dining, and laundry are located at the center. Common biodigester toilets and showers are located toward the back.”

According to Forlales, he is currently planning to turn his idea into reality. “My ultimate dream? A Philippines with no slums,” he said.

“As for myself, I really just want to do something that would impact peoples’ lives, and ideally that something would outlive me.”

Man’s card declines in shop—15 min later he returns with a...

Meet the inspiring MBA graduate from India who shares his passion...