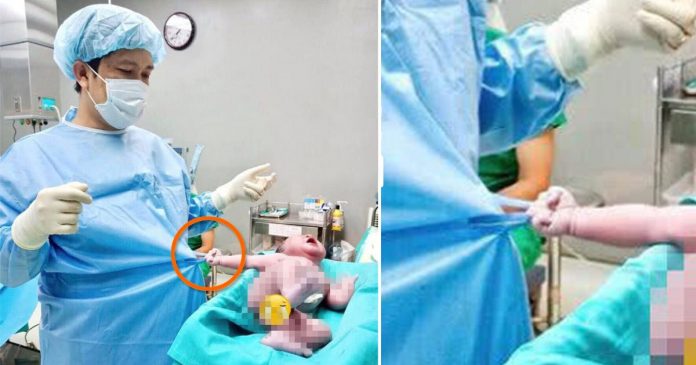 As newborn babies are usually very weak when they were just born, this photo of a ‘strong’ newborn baby has recently gone viral on social media for a very cute reason.

In the photo, an adorable baby who looked like he was just born a few seconds ago suddenly holds onto the doctor’s gown and refuses to let go. The male doctor has just finished his work and about to leave the room to get changed before his surgical gown was grabbed by the baby—making it impossible for him to leave the room. 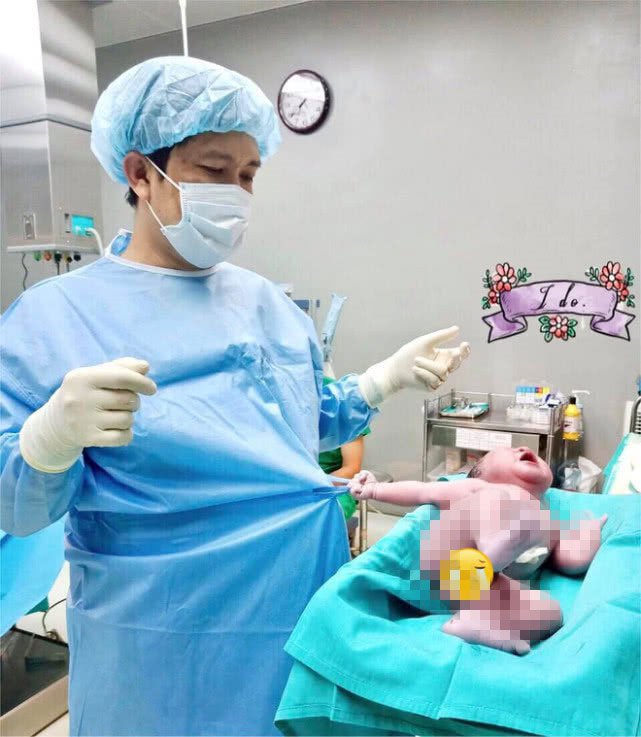 When other babies were usually just crying, this newborn baby looked like he has something to say to the doctor. According to the reports, the incident happened at the Phuong Chau International Hospital in Vietnam.

At first, the doctor appeared to be confused as he watched the baby cries. However, we can later clearly see a helpless smile on his face even when he was wearing a mask. After the photos were spread around on the internet, it has touched hundreds of people’s hearts as it captured a special bond between the doctor and the newborn baby.

The baby probably wanted to relay some messages to the doctor. 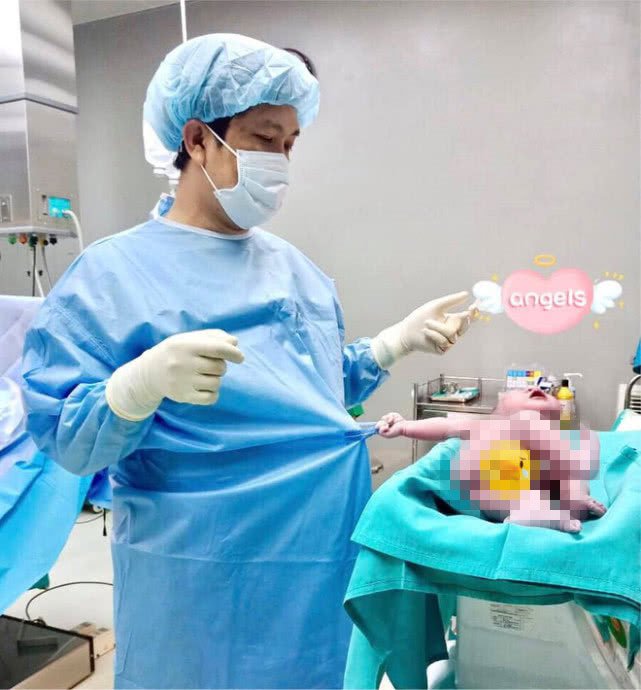 Some people commented that the baby was probably complaining to the doctor about how hungry he is and was asking for food.

One of the funniest comments is, “He is not ready to come to the world, but he was pulled out by the doctor, so he is looking for a doctor to settle the account!” XD

Although there was no information of the newborn baby disclosed, he is now nicknamed as the Baby Boss and Baby Strong by the public.

Such a cute interaction!