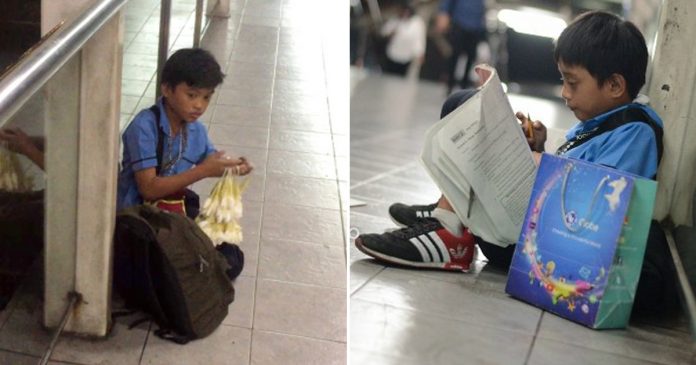 If you are from Manila, it is a common scene to see young boys selling flowers by the roadside to earn extra money for the family. The plight of these youngsters were highlighted back in 2016 when a photographer, Kenneth Panlilio, posted it on his social media account.

It depicts a boy who was completely immersed in his book, sitting on the floor of a busy walkway. In front of him, there are two neat rows of sampaguita flowers which he sells. He is oblivious to the pedestrians who pass by him as he is busy reading his school books.

The boy in the picture was then 9-year-old Melvin Mendoza. Many netizens commented on the photographer’s post saying that they have seen this boy sitting in his usual area selling the flowers. The young boy said that he takes the bus from Muñoz to North EDSA after school every day to sell his flowers. He does not have the luxury of having dinner even if he stays till midnight trying to sell the remainder of the flowers.

After selling off his sampaguitas, he would go home to his mother or his older brother Marlon Mendoza would fetch him. 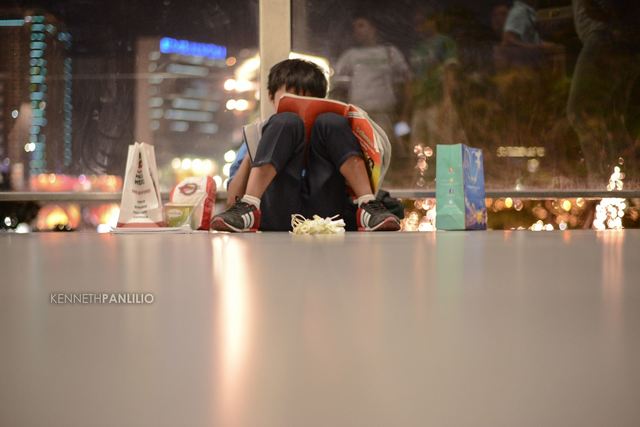 His 11-year-old brother, Marlon, who also sells the flowers says that a part of his earnings would go to his school allowance. Their father is in jail, therefore they need to help their mother in any way they can to help make ends meet.

The two brothers would risk staying out until midnight by themselves to sell these flowers in order to earn as much as they can for food and school allowance. 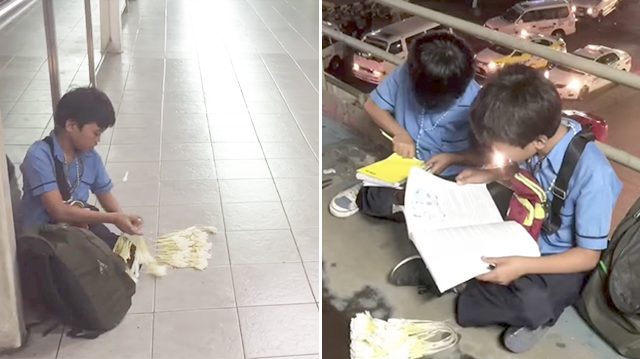 Some passersby give the boys food and money without taking the flowers. Both brothers echoed the sentiment that they love studying and wish to graduate from school. This was backed by the teachers at San Antonio Elementary School who corroborated that the boys are enthusiastic in class and determined to excel in their studies.

Their teachers were surprised to hear of their after-school duties saying that they were not aware that the boys were selling by the bridge. It is dangerous for the two young boys to be out that late and alone as boys their age should be at home using their time to focus on their studies.

Both Melvin and Marlon admitted that balancing school work and working is difficult but they have to get by. They also sell these flowers on the weekends and say they do this willingly to help their mother.

Their 37-year-old mother Rochelle brings a cooler with roughly a hundred mini garlands of sampaguita flowers which are commonly worn on Catholic saints and also hung on rear view mirrors. They divide the flowers among themselves and go their separate ways until they each have sold their respective lot.

Their mother recalled “My sister-in-law who also sold sampaguitas taught me to do it. I tried it and it was okay. They (the boys) didn’t stop their studies as a result, so we kept at it.” She continued saying that her sons asked to come along and help her sell the flowers and some days they insist on staying late to finish their stock.

She says “I didn’t force them to do it or made it an obligation. I make sure they’re safe and won’t be harmed.” She knows all to well that their sole source of livelihood is looked down upon besides it being illegal. Rochelle recounts, “We still try our luck. How can we eat if we don’t have a livelihood?”

We sincerely hope their situation gets better in the future.