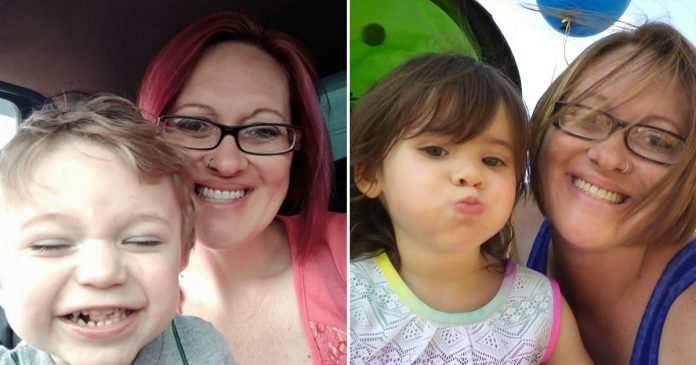 It’s quite common for any employer to allow a leave of absence to staffs when their family member is sick or on an emergency. However, a woman called Crystal wasn’t expecting that she will get fired after informing her boss ahead of time that she’s unable to come to work because her son was sick.

One day, Crystal’s son had been admitted to the hospital and has to put on life support. Any mothers would be anxious and would want to be with the children during this crucial moment. Therefore, Crystal texted to inform her boss that she can’t make it work due to this seriousness of her son’s condition.

She started politely but her boss was extremely out of line.

Unfortunately, her boss was not the compassionate type. The boss replied her text with nasty messages saying that Crystal would be considered as quitting if she failed to turn up.

“If you aren’t there to work your shift tomorrow then I take that as you’ve quit.”

Crystal explained that she did not want to quit her job and will quickly return to work once things go normal again. She also clearly said that she needed time off to be with her son. Instead of being compassionate, the boss reacted cruelly to Crystal.

“That isn’t how we do things, so I’ll accept that you’re quitting,” said the boss to Crystal.

The boss said that Crystal was just making too much drama of her own.

The boss also accused Crystal of having too much drama after she said her son was on life support. At that point, Crystal eventually gave up on the conversation and contacted the staff at the corporate to explained the situation. The corporate staff was clearly shocked by this incident and responded immediately.

“PS Food Mart and Folk Oil Company are in complete agreement that this is not acceptable. We have investigated and have found that the situation was handled improperly and without the compassion that we value as a company. For that, we are very sorry. As a result of this finding, we took quick action and that the manager is no longer employed by PS Food Mart. We have also reaffirmed to our employee that she will be able to take all the time off that she needs during this difficult period. We’d like to thank the public for their concern.”

Luckily, the mother no longer needs to worry and gets to be with her son until he regains his health.

Crystal was relieved that the corporate office stepped up to speak for her cause and sort it out with her now ex-boss.

We hope Crystal’s former boss can learn more about compassion and humanity after being fired.

The mother of two died after taking this last selfie in...