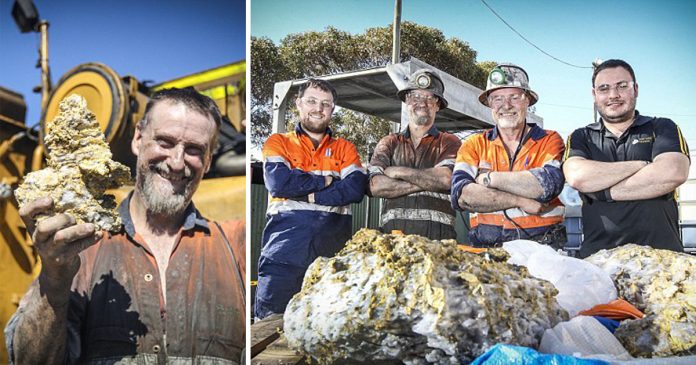 Imagined digging a land of soil and found gold that is worth millions. That is exactly what happened to a driller Henry Dole as he discovered the biggest gold nugget at Beta Hunt mine near Kambalda in Western Australia.

Kambalda, the place where Dole discovered the biggest gold nugget.

This discovery beats the country’s Welcome Stranger nugget which was weighed just under 12.3 stone (172.2lbs). Dole later came across a second nugget that weighed about 9.4 stone (133lbs) with an estimated worth of £1.5million (USD 1,961,694) before uncovering even more gold.

The biggest nugget was just a beginning as he kept on finding more gold. 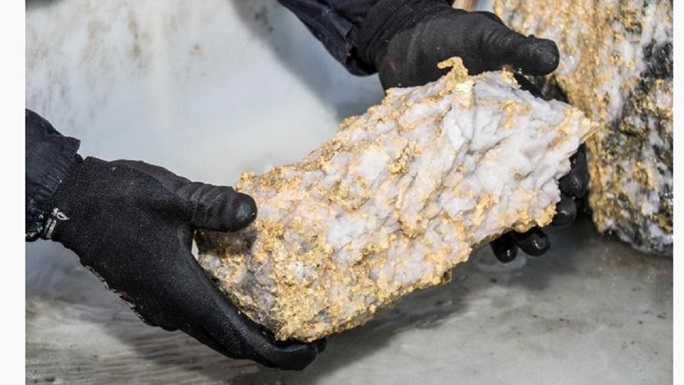 Dole who has more than 16 years of experience said that this is the first time he came across a gold nugget that big and he has seen ‘nothing like this’ in his entire career.

“As I was drilling it, you could see the gold shavings coming out of all the holes and I thought there’s something here. And then after we fired it and I came in the next day and washed it all down, it was just everywhere,” recalled Dole on his discovery.

The gold is everywhere.

He also revealed that he unearthed the unbelievable haul while working about 500 meters underground for RNC Minerals. The firm’s chief executive Mark Selby said that finding nuggets that big was definitely ‘once-in-a-lifetime’ moment. Selby also said that the discovery showed that Beta Hunt could turn out to be ‘a very large gold mine’.

Armed guards will be deployed to transport the nuggets to a vault and security has increased at the mine.

That was one incredibly big gold nugget!