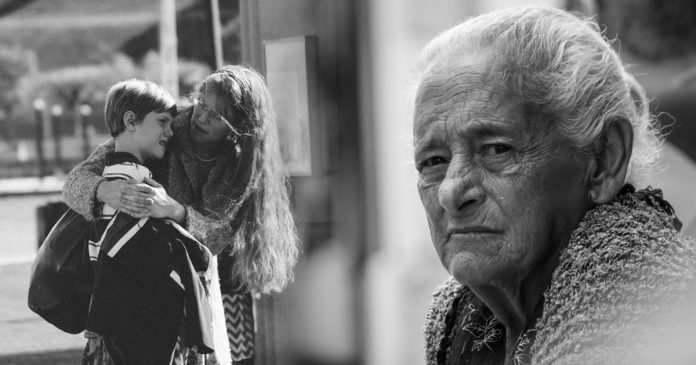 I was married off at the age of 22 to a man I hardly knew as my parents arranged the whole union with me having very little say in it. I bore him three daughters but he had always wanted a son.

This was the reason his family, my in-laws, directed their angst and resentment onto me. I had no place in their home and was treated like a servant rather than their daughter-in-law.

I accepted my fate with a quiet fortitude that goes through the hardest of times. I was never allowed to eat together with the family at the table.

They would start eating while I am still busy in the kitchen and then I would have to wait until they were done before having my turn at the dining table. Usually, it was just leftovers which were scarce but, I made do and finished every morsel of food on the plates.

On one cold winter evening, when my in-laws, husband, and daughters were out, I heard a knock on our front door. Not expecting back for another few hours, I was surprised to see a scrawny little boy at the door. He looked extremely thin and wore tattered slippers, he was shivering from the bitter cold.

The small boy desperately begged to be let in to escape from the cold and he said if I turned him away, he would surely starve and not able to survive the bitter cold. Of course, I could not turn him away, he looked so weak, I felt the need to protect him.

I led him into the house and gave him a bowl of white rice. He thanked me for the food before gorging himself as he sat down in one corner of the kitchen. It was painfully clear that he had not had anything to eat in a long while.

He then asked me to take him in for good, but seeing my lowly status in the family, my husband and his family would never accept the decision. Besides that, I already have three daughters to care for, adopting this child was not an option so I told him it was not possible.

However, I let him stay in the house for a few more days but when my in-laws and husband found out I was secretly harboring the child, they threw him out of the house immediately.

I nicknamed him, ‘dumpling’ because of the faint dimples he had in his cheeks when he smiled. I scoured the house for old cotton jackets which the girls had overgrown and gave them to the child. I also packed food in hopes that he could last on it for a few days.

Ever since they turned him out of the house, my conscience could not rest at ease. I felt as though it was a sin to throw a child out into the cold. I could only pray for mercy to the child.

Fast forward twenty years, my husband and in-laws have passed away and my daughters have all gotten married and moved out of the house to live in the city with their new families.

I live alone in the house which bore me so much pain throughout the years. My body is slowly getting worse as age deteriorates with time.

Each day seems to bring with it a new ache or pain. My children seem to have forgotten about me because since they moved out, their visits have become less and less frequent. I would be lucky to get to see them once a year at this point.

Sometimes I think back and ask myself what did I do to deserve this kind of life. Maybe it is a punishment for a past life, who knows.

I heard the doorbell rang one day and since I was not expecting anyone, I was surprised to see a tall, young man at the doorway. He smiled at me and recalled the time where I took a child in.

At the thought of that incident, I was shocked when I realized this young man was ‘dumpling’ child from years ago.

He recalled how a reporter had found him a few days after he came to our house and she had helped him find his parents. He wanted to come to visit sooner but could not find our house back then.

After telling him about my current situation, he got up and with a determined expression said, “Come stay with me and my wife. You took me in when I nearly died, I owe my life to you. Now I can finally return the favor and look after you.”

I could not believe what I was hearing but he was persistent and would not leave until I say yes. It’s funny how fate works in mysterious ways sometimes.

Nevertheless, I am thankful for God’s arrangement and would not be alone anymore.

A poor student always gets a big portion of food from...

When she needed him the most, this girl’s boyfriend does something...