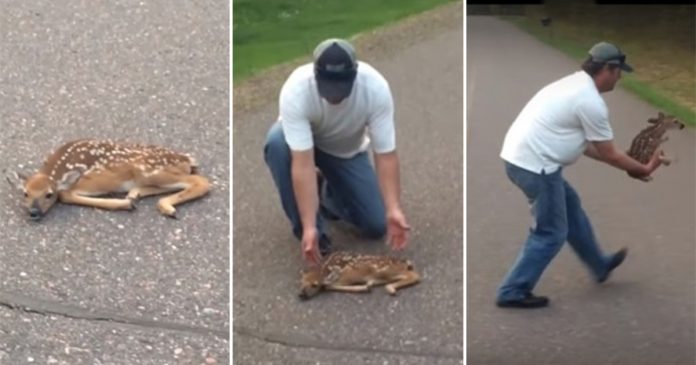 Steve Knopp and his friends were cruising down a scenic path in their truck when something odd struck them. They saw something lying right in the middle of the road and stopped their vehicle in order to investigate the mass that laid on the ground. When they got closer, they realized the furry lump was actually a baby deer!

From afar, the baby deer looked as if it was roadkill but upon further inspection, the men found that the fawn was still breathing. There were no signs that showed the fawn was injured although its legs were splayed out in awkward positions.

The baby deer was lying in the middle of the road breathing heavily as the men approached it. It did not seem to be in any pain although its legs were twisted beneath it in peculiar positions. 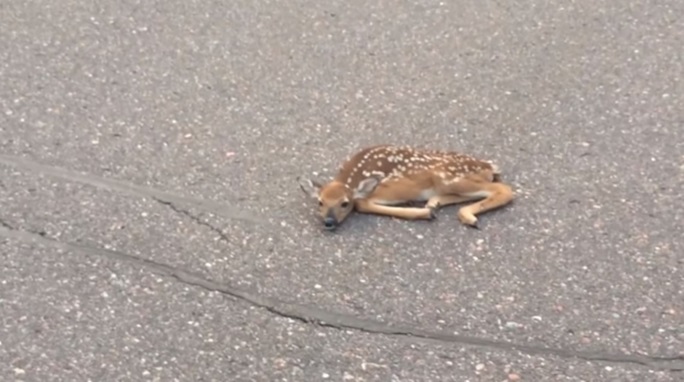 In the video, we hear from the men that the baby’s mother was on the other side of the road watching them. At first, they think it would best to park the truck by the side of the road and wait for the fawn to regain its strength and cross the road by itself.

This would be too risky though since oncoming vehicles might not notice the baby deer lying on the road.

So one of the guys decided to carefully lift it off the ground and carry it to the other side of the road. 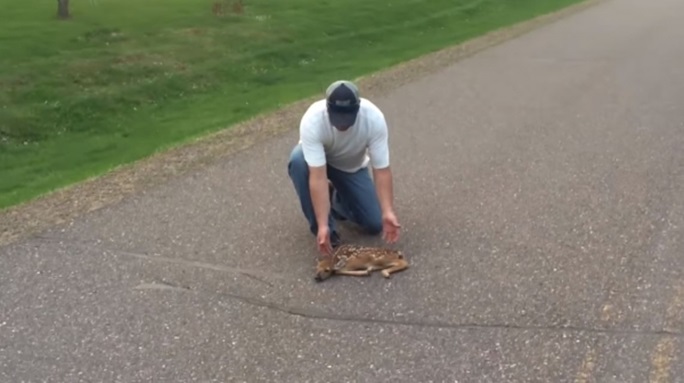 He slowly approached the fawn from behind and gently touched it to see if it would move. 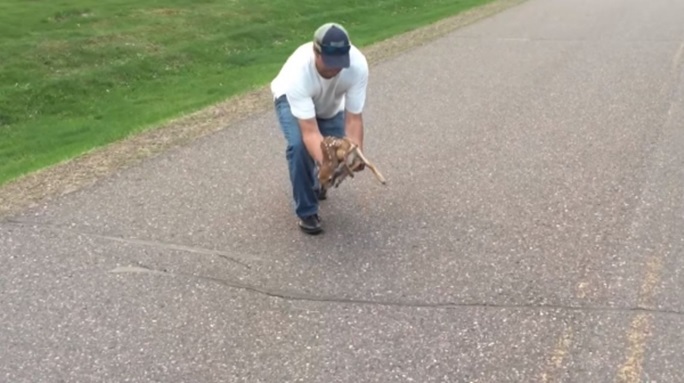 When it didn’t react, he carried it off the ground and walked towards the woods on the other end of the street where the mama deer was waiting. 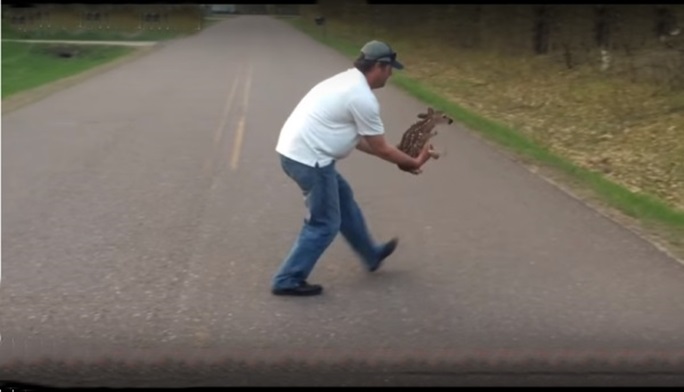 Once the deer was safe on the other side, it instantly got up and bounded towards its mother. The men cheered on and couldn’t hold back their excitement over what had just transpired! 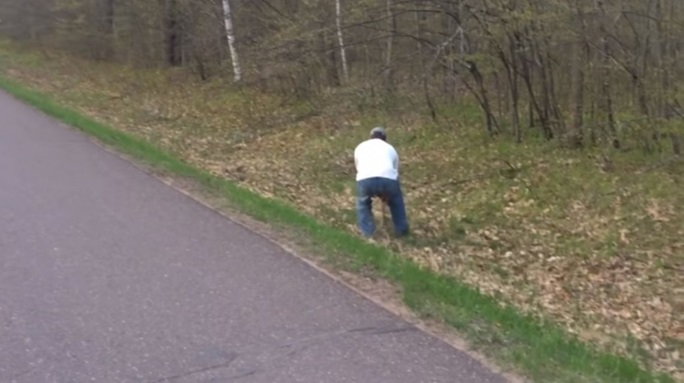 The Department of Fish and Wildlife in the area commended the men for their kind act but advised the public that in non-emergency situations, the fawn should be left alone.

The reason for this is because any human contact with fawns may hinder them from being taken care of by their mothers. If the situation cannot be helped, the fawn should be wiped down with a towel after being handled.

Luckily, this situation ended on a high note and all was well. Watch the awesome act in the video below: