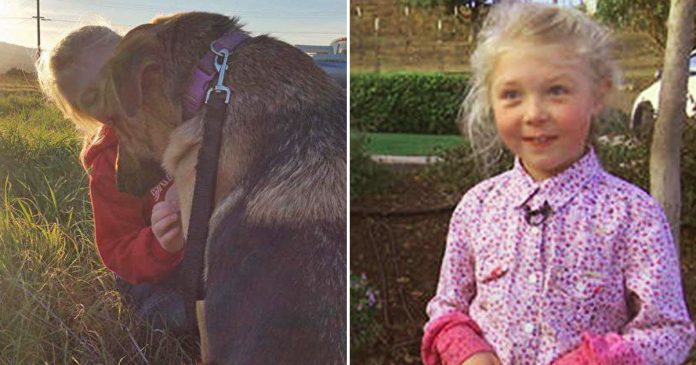 Daisy is a shepherd-mix dog rescued from a Northern California animal shelter—adopted by her ‘forever’ family in Hollister. However, the dog escaped from their backyard just two days later.

After the escape, members of the Hollister Animal Lost and Found Facebook group chronicled Daisy sightings all over the town. For close to two months, repeated attempts to capture her had failed.

Expert in animal rescue, Deanna Barth claimed that the dog probably got his fight or flight mode on.

“All the typical things like cage traps and baiting with smelly food was not working. Our only way to earn her trust was to get someone she might remember,” said Barth.

Barth had heard that before being adopted, Daisy has actually spent time with a foster family and had become attached to a little girl called Meghan there. Meghan and her mother Karen Topping are prolific at fostering and training rescued, even feral dogs.

Meghan is a 6-year-old dog whisperer.

75 dogs have actually passed through Meghan and Karen’s house in the past year, but Daisy was special. Karen mentioned that the bond between Daisy and Meghan was uncanny. That’s exactly why Meghan and her mother decided to drive from Morgan Hill to Hollister—just to see if they would have any luck capturing the dog.

Daisy was found in one of her usual haunts, an empty field. Meghan decided to take action and her mother started taking pictures and video to document the sighting. According to Meghan, Daisy was the one that told her what to do.

“She told me. Because you can talk to dogs in your brain. She told me if my mother stayed in the truck she would come to me and I believed it,” told Meghan.

And she really came to her!

Meghan got out of the truck without her mother, walked to the middle of the field, sat down and just patiently waited. Daisy seemed cautious at first but later crept closer to the little girl—probably started to recognize her old friend.

Not long after, Daisy started wagging her tail and allowed Meghan to pet her. 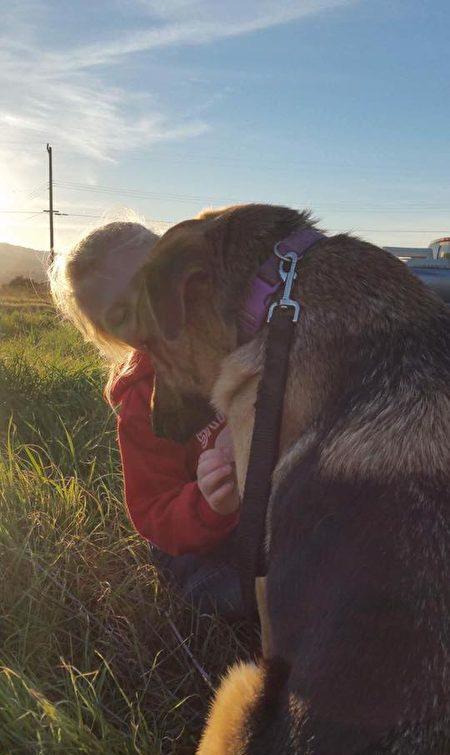 At that time, Meghan walks back to the truck, gets a leash and put it on Daisy. Daisy and Meghan spent a lot of time together since the rescue, but the dog won’t be living with the Toppings family as there were thousand more dogs need fostering and training.

Meghan impressively only takes a day to rescue Daisy. 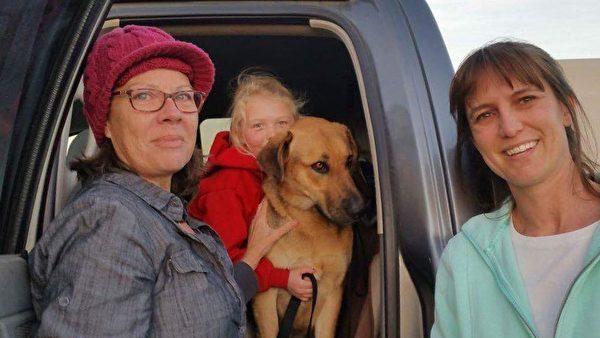 Daisy will soon meet her new ‘forever’ family and if she ever goes missing again, we know who to call!