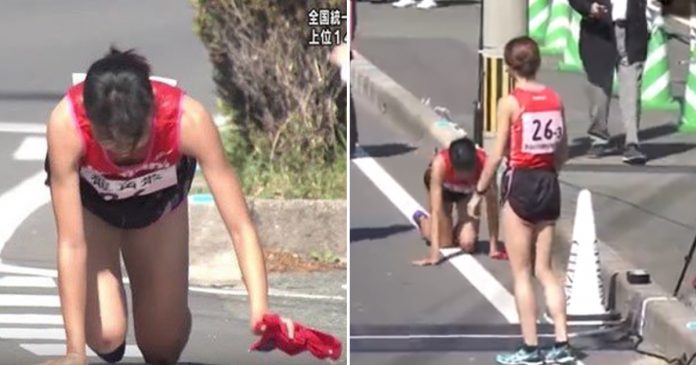 “It doesn’t matter if you win or lose, it’s how you play the game” so the saying goes, and this young lady showed everyone what true sportsmanship looks like.

The novice runner had signed up for the Iwatani Sangyo corporate “Ekiden” relay marathon and was determined to finish no matter what.

The 19-year-old displayed exceptional sportsmanship and endurance as she persevered and pushed herself beyond her limits to finish her leg of the relay. The young lady named Rei Iida was running towards her checkpoint when someone collided with her and her body went hurtling to the ground.

Although Iida was in a lot of pain and could not stand up, she pushed herself to make it to the checkpoint. She got on her hands and knees and painstakingly crawled on the asphalt towards her teammate. 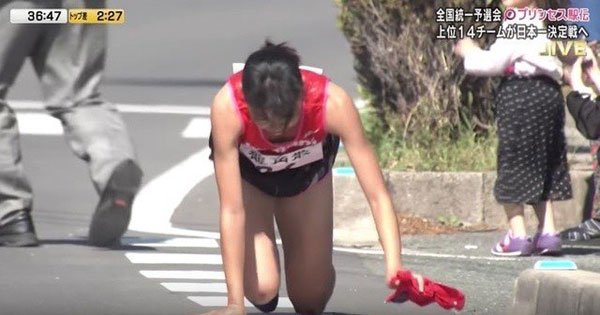 The local media stated that the team’s manager, Hisakazu Hirose, had heard that Iida had fractured her leg and made the decision to withdraw the team from the race but the organizer failed to communicate the news to the Iida who was clearly in pain.

She had fractured her leg in the collision but still managed to make it to her teammate. 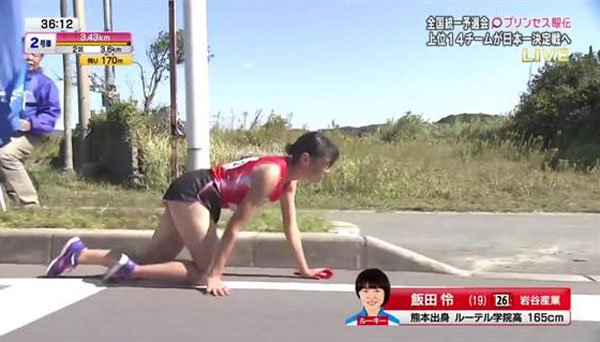 Instead of admitting defeat, she continued even though she was bleeding so that her teammate can continue the run. 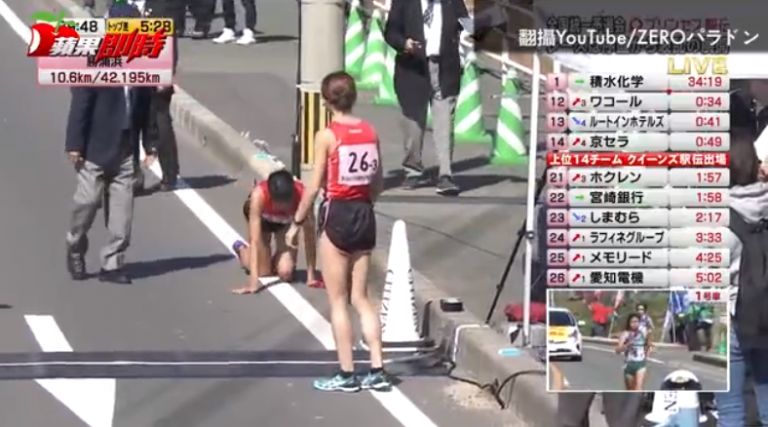 “How many metres are left until my goal,” she was reported to have asked.

Clearly moved by her perseverance and huge sense of responsibility, her teammate can be seen crying as she waited for her to crawl across the line.

After finishing her leg of the race, Iida was taken to the hospital to be treated for her fracture and her recovery is expected to take between three to four months.

Her team, Iwatani Co, released a statement saying that the incident was “very regrettable” and they hope that the race organizer will improve so that this kind of miscommunication will not happen again.

Watch the footage below:

This Moroccan King broke centuries of tradition to marry the love...