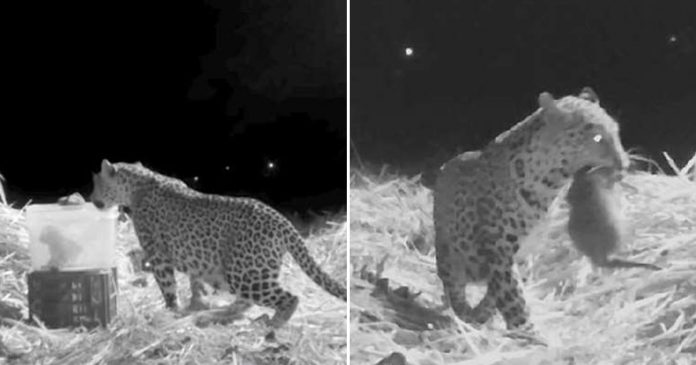 A group of sugarcane farmers was just about to call it a day when they found a small bundle of fur lying on the ground. They had just finished up a long day’s work of harvesting the fields in Maharashtra, India when they noticed the lump.

Upon closer inspection, they found out that the furry lump was actually a leopard cub. The spotted cub was no more than 2 months old and in good health.

They were understandably shocked and contacted a wildlife forest officer to inform them of their discovery. 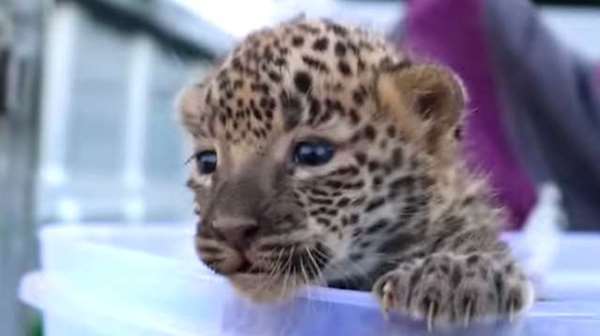 Soon, a rescue team was dispatched from Wildlife SOS and they headed for the fields. 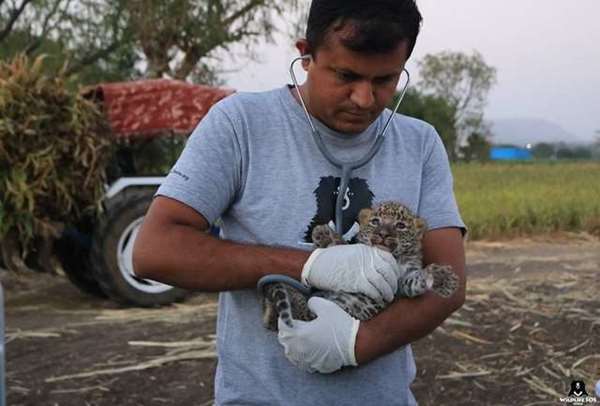 They figured out a plan to reunite the baby with its mother as soon as possible because a mother leopard will only get more agitated the longer she is separated from her cub.

They placed the cub in a container and then positioned it close to where the cub was found, in hopes that the mother would find her little one there. The team also set up cameras to record the union. 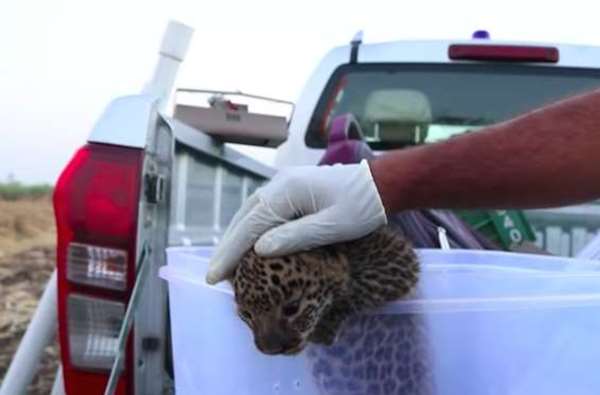 A senior Wildlife SOS veterinarian observed, “At around 9:30 p.m., a leopardess finally emerged from the neighboring forest.” She approached the container with caution and tipped it over once she got close to it. 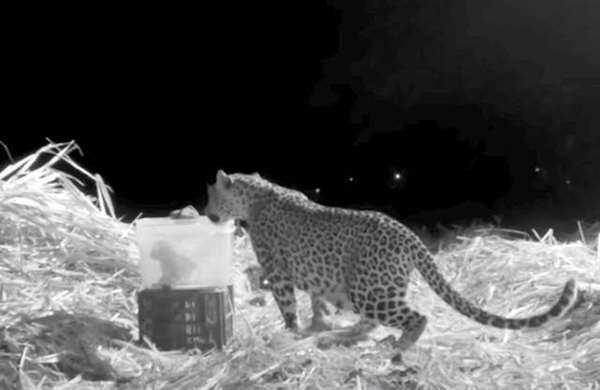 When she was sure that it was indeed her cub that was placed there, she gently picked it up by the neck and walked away. 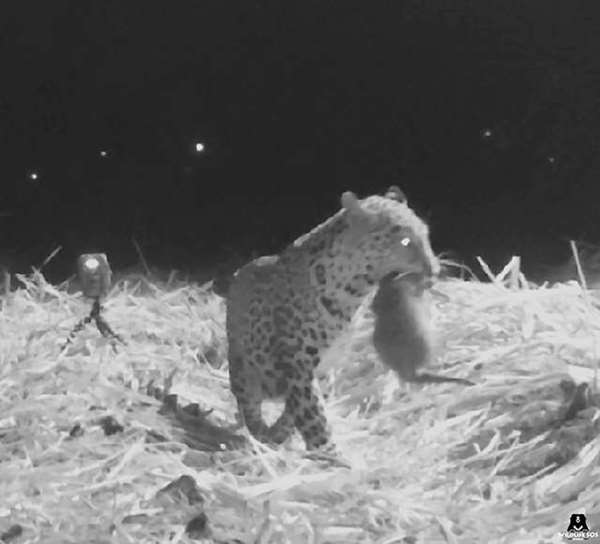 We can’t imagine the relief this mother felt when she found her cub.

Human beings clear out vast spaces of land in the name of development every day and the adverse effects of this encroachment are generally ignored. Animals who call the wildlife their home are forced to retreat into smaller pockets of land.

Some animals may accidentally stumble onto areas occupied by humans and find themselves faced with the threat of being hunted down. This little leopard cub was lucky that some friendly humans found it when it lost its way.

See the video for yourself below: