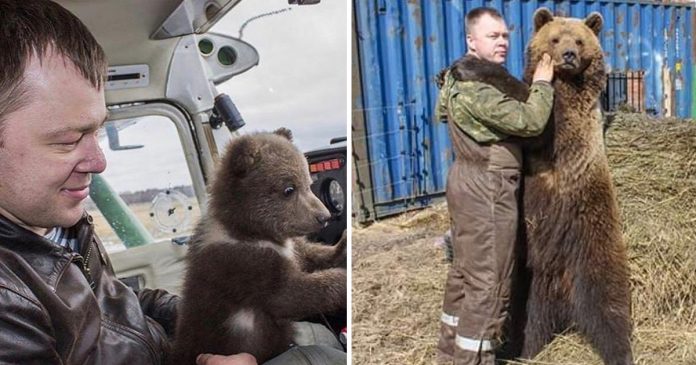 Three years ago, a brown bear cub was found wandering the fields of a Russian airfield. It was starving and the baby’s mother was nowhere to be found so the aviation staff decided to take the furball in and care for it.

The baby bear now lives with the aviation staff on site at the Oreshkovo airfield in the Kaluga region. It is located about 200 kilometers southwest of Moscow, Russia’s capital. They named the bear Mansur and he serves as the mascot of the group.

While he is taken care of by all the staff, Andrei Ivanov shares a particularly special relationship with Mansur. 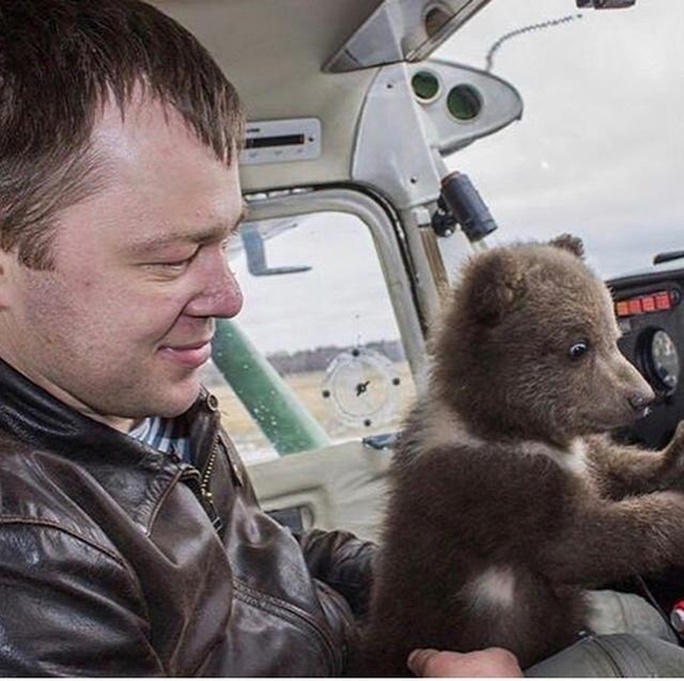 Andrei is the only one so far who can enter Mansur’s cage without the fear of getting mauled by the now grown bear. He said all it takes is some good-natured communication and constantly keeping in touch with Mansur which has helped maintain their relationship. 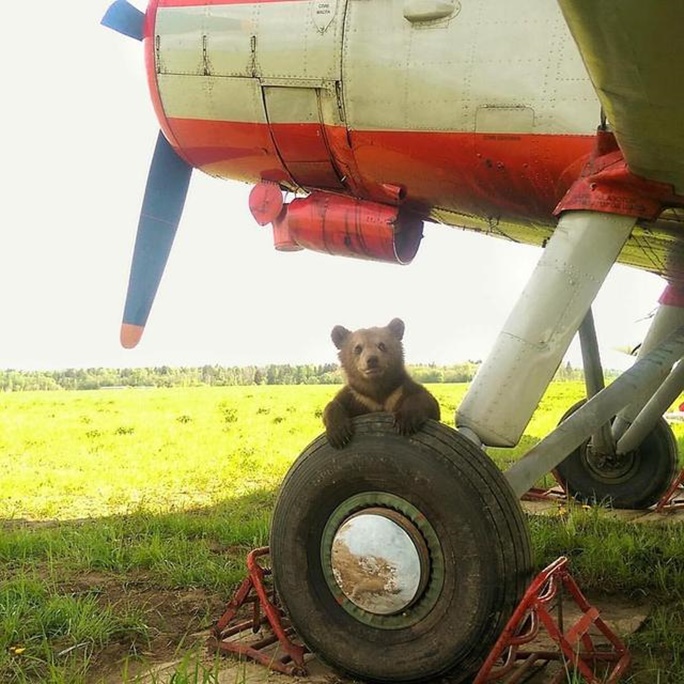 Andrei had taken him to a rescue center before but it turned out to be a scam where they train dogs to chase after bears for sport. Andrei immediately took Mansur back when he realized what was going on.

They have since allocated a safe area for Mansur complete with an electric fence to deter hunters. 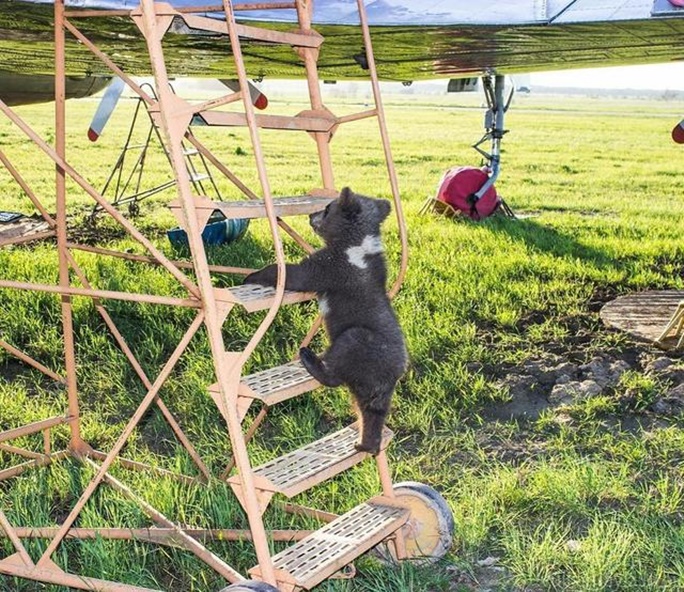 The staff had also set up an Instagram account specifically for Mansur in hopes that the public can help in raising the bear. 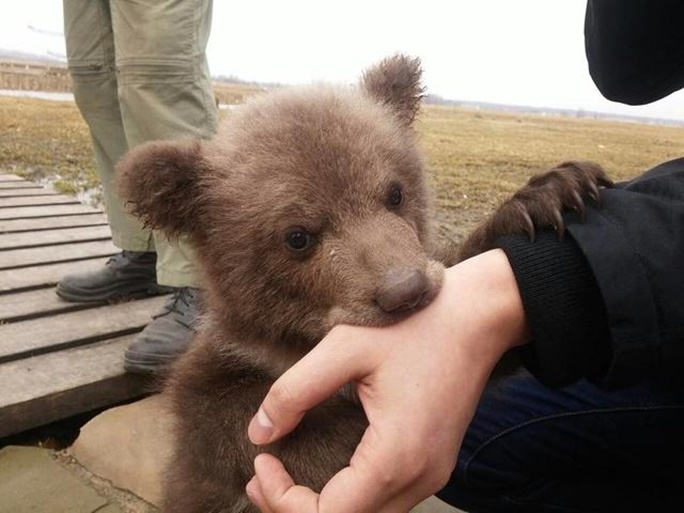 They post photos and videos of the furball frequently and Mansur has become a sort of mini-celebrity. 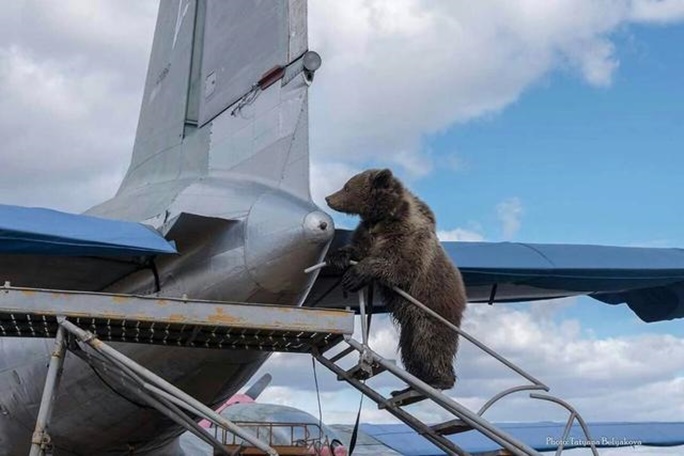 A 24-hour live feed camera has also been installed so fans can check on Mansur whenever they want and from anywhere in the world. 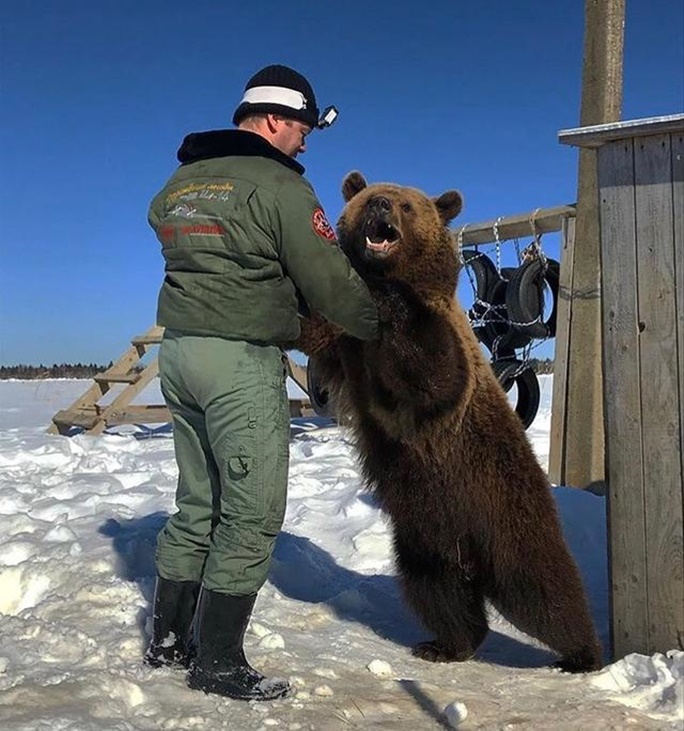 Andrei and his colleagues are planning to build a swimming pool for Mansur which will be of great relief during the hot summer months. 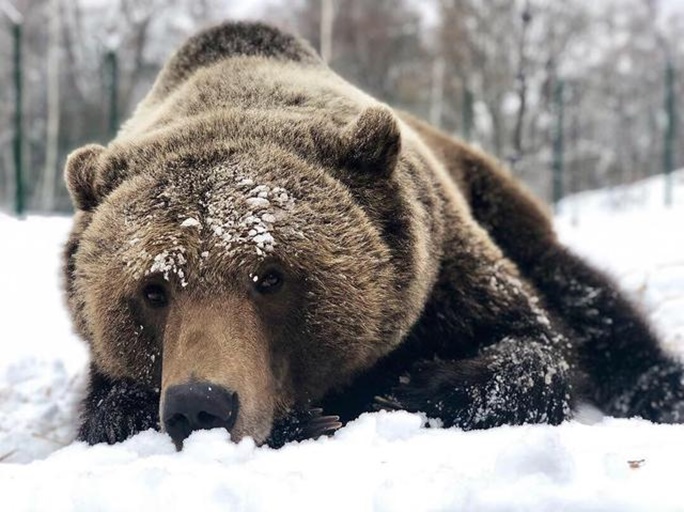 Watch Mansur bear as he munches on a carrot: