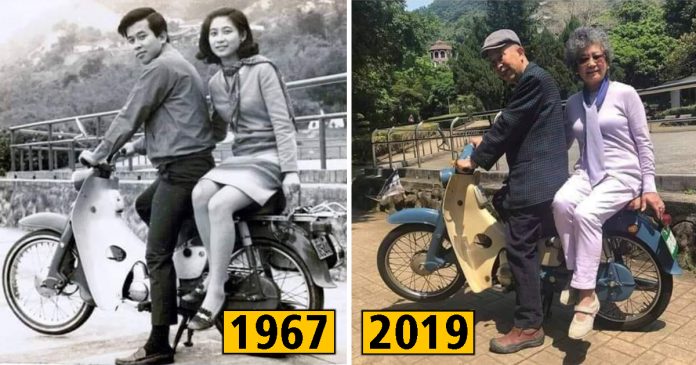 There’s nothing better than looking at a photograph and remembering the moment it was taken. There’s a memory tied to every photograph and this couple decided to recreate pictures they took over half a century ago.

In 2017 an elderly couple passed some photographs of them to a photographer asking him if he’s able to aid them in recreating the images. He was immediately on board with the idea!

After sharing the news along with the old photograph of the couple, an enthusiastic netizen named Mr. Chen sent him a message saying he owned the exact model of the motorbike in the picture and was willing to lend it to them to recreate the pictures.

The only problem left was that the elderly couple lived in Toronto, Canada and won’t be traveling back to Taipei where their old photo was taken for another two years. The situation was unavoidable so the project was put on hold till very recently.

They all gathered at Tianmu Park, Taiwan where the original photos were taken along with Mr. Chen and his motorbike. 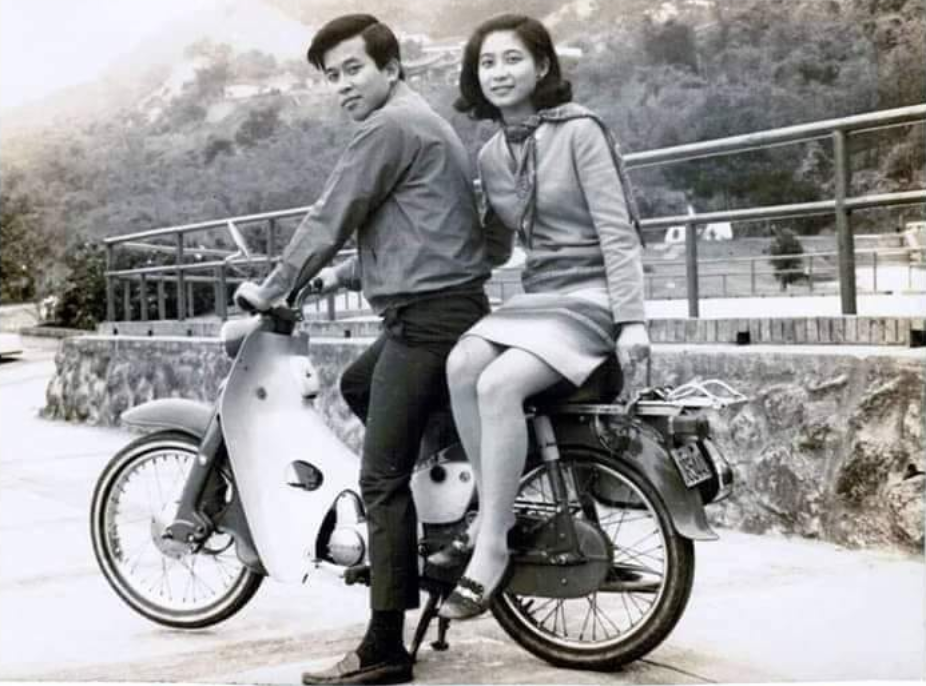 The photographer recalled that the whole process of recreating the old photos was actually very moving. Seeing how both the elderly couple and the landscape have aged through the past half a century.

This picture was taken on the couple’s 46th wedding anniversary, 52 years after the original was taken when they were still only dating. 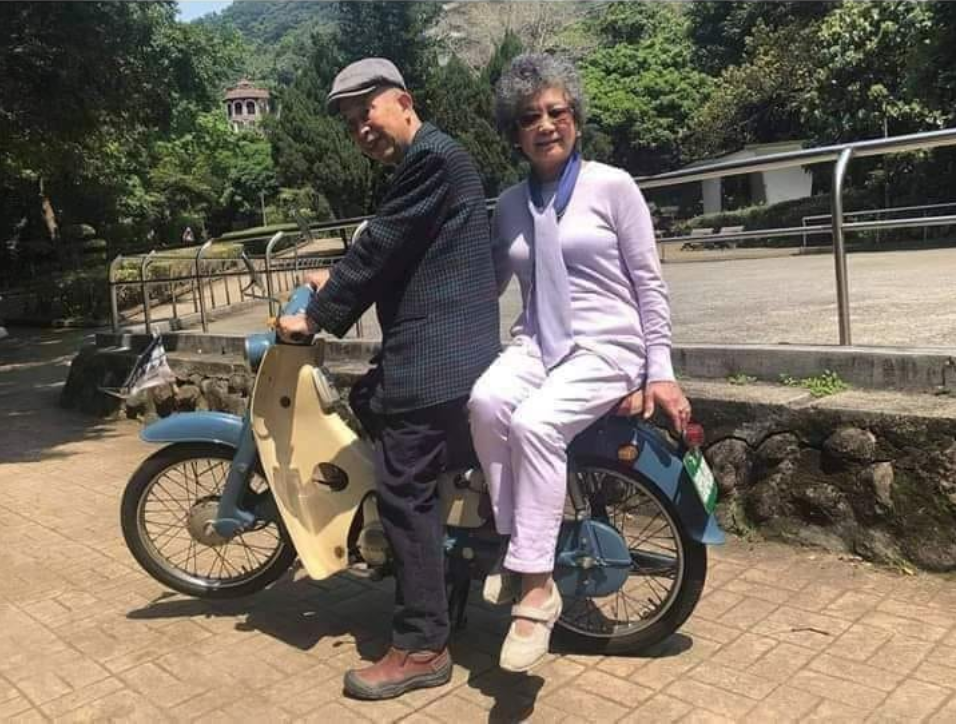 They met in 1965 when he was 17 and his wife was 16 years old. These pictures in the park were taken while they were on a date and they had asked passersby to take their photo. Little did they know that 52 years later they would be back in the same spot recreating the moment.

While they were at the park, they decided to pose and recreate a few more pictures of their younger selves. 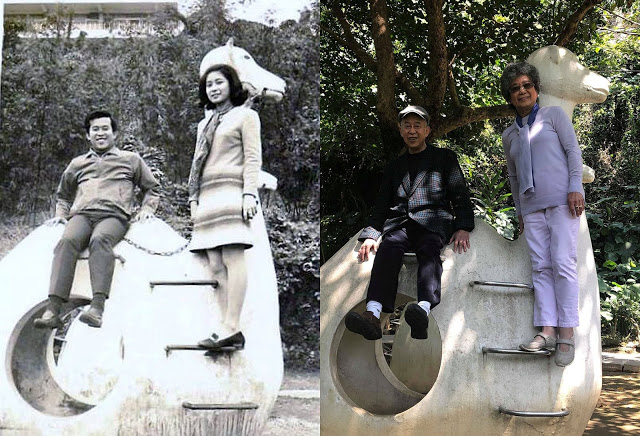 52 years of being with each other and still creating memories together! 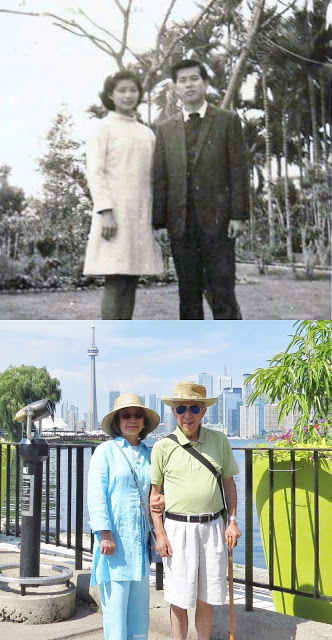 Watch the process of recapturing their photos below: