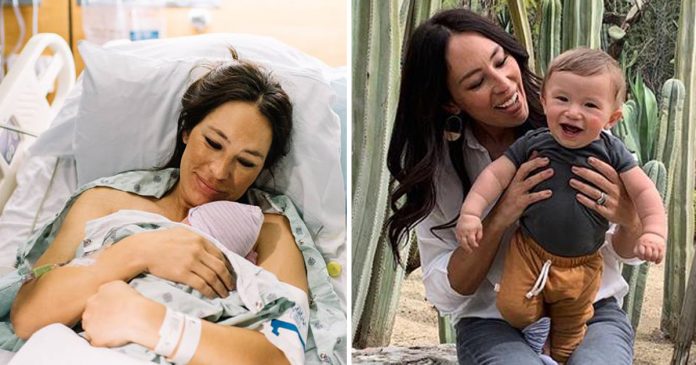 A lot of people have been exercising and keeping a healthy lifestyle to be able to feel young again. But this interior design aficionado and TV personality Joanna Gaines has one suggestion that is quite controversial.

According to Gaines’, women wanting to feel young again should have a baby at the age of 40. Gaines who is currently in her forties recently welcomed her fifth child, Crew, and never felt so amazing.

Gaines had her fifth child in her forties and felt great about it.

Claimed that the old adage of with age comes wisdom is true, Gaines gave birth to her first child at the age of 27. Now a fifth-time mother, Gaines cites that she now has a new ability to be more spontaneous.

“I kid with people—If you ever want to feel young again, have a baby at 40. It’s brought this whole new thing for me where I’m a lot more laid-back. People joke that I’m the ‘Fun Jo’ now. Schedules kind of go out the door. I’ve just relaxed so much more.”

Gaines with her husband and five children.

Gaines fourth child is now 8, making her feel like a first-time mother all over again when she got Crew. But as she’s now 40, Gaines finds herself tackling the problem with way more maturity than before and has the confidence to try new tactics.

Being the champion of self-reliance that she is, Gaines posts an inspiring message on Facebook.

“I believe that we’re all made ready. Whatever season you’re in, whatever life may throw at you, whether it feels like success or like failure, expected or unexpected, you are made ready. You are made ready to learn, to celebrate, to endure. To handle all of the things that get thrown your way,” wrote her after a few weeks of Crew’s birth.

Crew is growing up healthy and beautifully.

Looking at how Gaines is rocking her life, may motherhood brings the feeling of youth and joy to all women around the world.