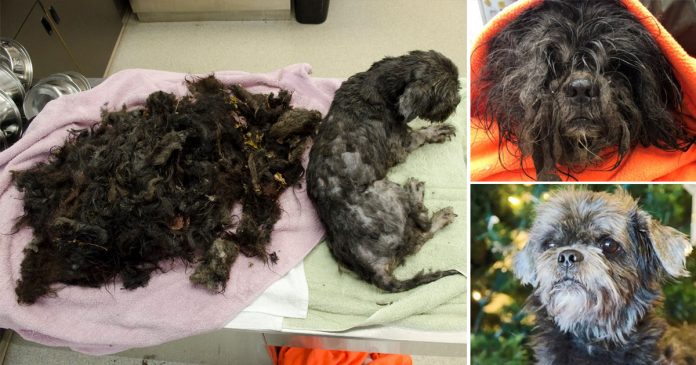 Every pet deserves a happy and loving life when they are taken in by their owners. But sadly, many of them end up cast out on the street for the sake of convenience.

If they’re lucky enough, animal rescuers save them from their misery and tales of their transformation are often heartwarming and inspiring.

When Pilgrim the stray dog was discovered by Stray Rescue of St. Louis in November 2018, he was in a heartbreaking condition.

The small dog was found shivering and huddled under a car.

His rescuers couldn’t believe how ill he was when they first found him.

“This precious boy was found literally frozen to the pavement,” they wrote on their website.

To try to get Pilgrim out from under the car, the lead rescuer held a colorful leash out to him.

But he didn’t move an inch—understandably, he was terrified of strangers.

On top of that, his fur was extremely matted and could have limited his movement.

The rescuer moved closer and put the leash around Pilgrim’s neck, but he started to snarl and bark!

When the team finally saw how bad his fur was, they were extremely heartbroken. It was all knotted and he yelped in pain.

“We warmed him up and got him back to the safety of Stray Rescue. At the vet clinic, the vet techs started shaving him, revealing the sweet soul hidden underneath years of neglect,” the website said.

They removed a shocking six pounds of tangled fur! They then discovered he had a broken pelvis.

“Doctors believed his injury was a result of being run over by a car.”

The team knew Pilgrim had a lot of life left in him, so began to fundraise for him to have surgery.

The pooch seemed to know what an amazing job everyone was doing for him, as he behaved really well during treatment. 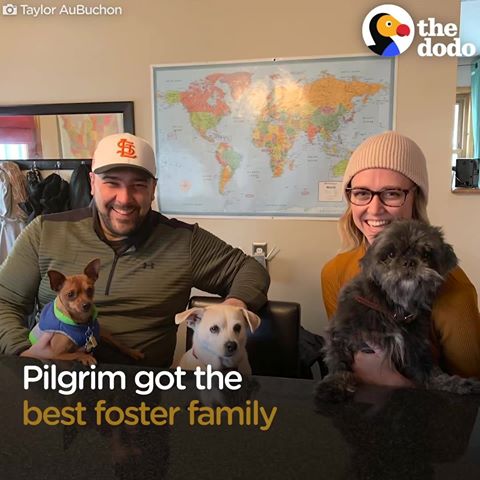 “This lucky boy has recovered from his horrible ordeal and has since been adopted by his foster family!”

We’re so happy Pilgrim found a loving owner who will treat him how he deserves!

Severely Matted Dog Gets Rescued From The Cold

Posted by Like If You Love Animals and Nature on Wednesday, April 3, 2019

Lady fell in love with runt of the litter—didn’t expect her...

Loyal Dog Passed Away After Sitting by the Window Every Day...