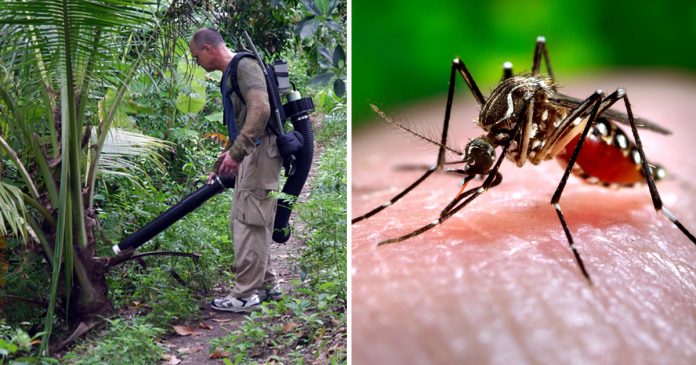 In the first three months of this year, the number of dengue fever cases in Singapore has more than tripled compared to the same period in 2018, sparking the nation’s annual dengue prevention campaign to roll out earlier than usual.

And the disease has sadly claimed the lives of three people within that time, compared with one last year.

“In Singapore, dengue continues to be an ongoing threat,” Masagos said.

“The effects of climate change, where the temperature is expected to rise, are going to exacerbate the challenge.”

Singapore’s peak dengue season is from June to October.

Unless the mosquito population is kept under control, the National Environment Agency (NEA)  expects the number of dengue cases to rise, especially as the weather turns warmer in the upcoming months.

In the second half of this year, 14,000 more traps will be added to the current 50,000. They will be placed at new HDB blocks and landed housing estates.

Sterile male mosquitoes are also going to be released as part of Phase Three of Project Wolbachia, to keep the mosquito population under control.

“To win the war on dengue, we need everyone to be vigilant,” Masagos said.

He has urged Singaporeans to remove stagnant water in homes and to be careful of common mosquito breeding spots such as flower pot plates, dish trays, pails and vases.