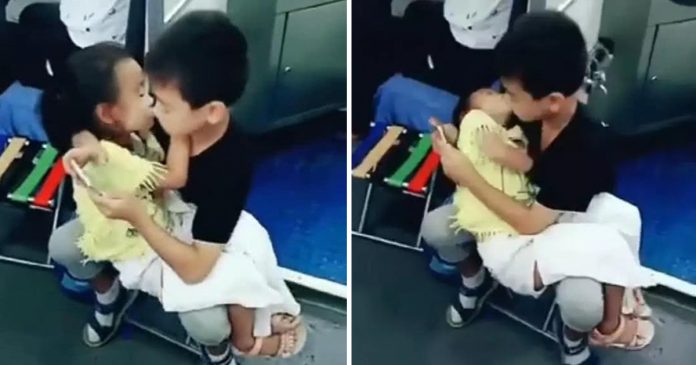 One day, a brother and a sister were seen taking their ride on the train when the little sister suddenly felt sleepy. What the brother did after that had us in tears.

Despite his young age, the brother takes very good care of his little sister even when it troubles him. On the day that the siblings took their train, the seats were full.

They seem to come prepared and resorted to sitting on small foldable chairs that they brought along.

Perhaps the motion and sound of the train have made the little sister tired after quite some time. 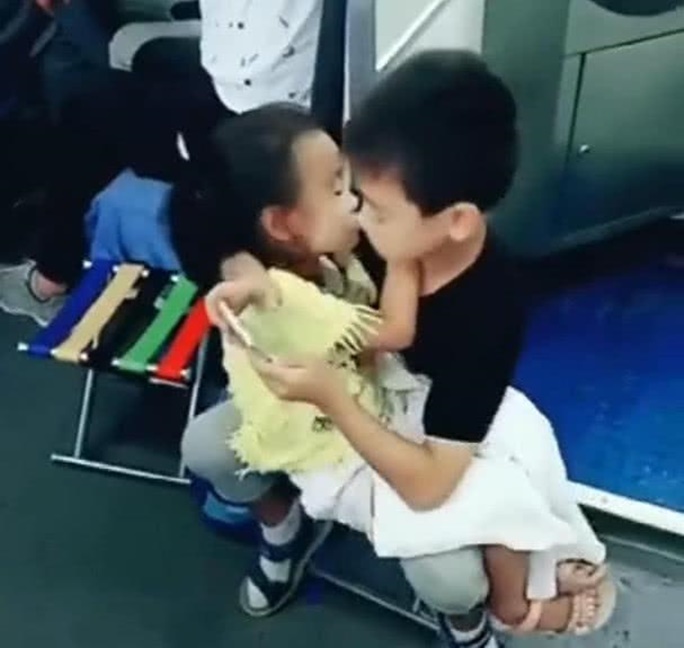 However, there’s no place at all for her in the train. Looking at this situation, the brother took care of her and allowed his sleepy little sister to sit on his lap and sleep.

While his little sister was sleeping on his lap, the boy started to doze off too. But it would shock his sister if he suddenly drops her from his lap. Worried that he might fall asleep to, the boy took out his phone and started playing with it to avoid being sleepy.

This way, he can stay focus without dropping his sister. 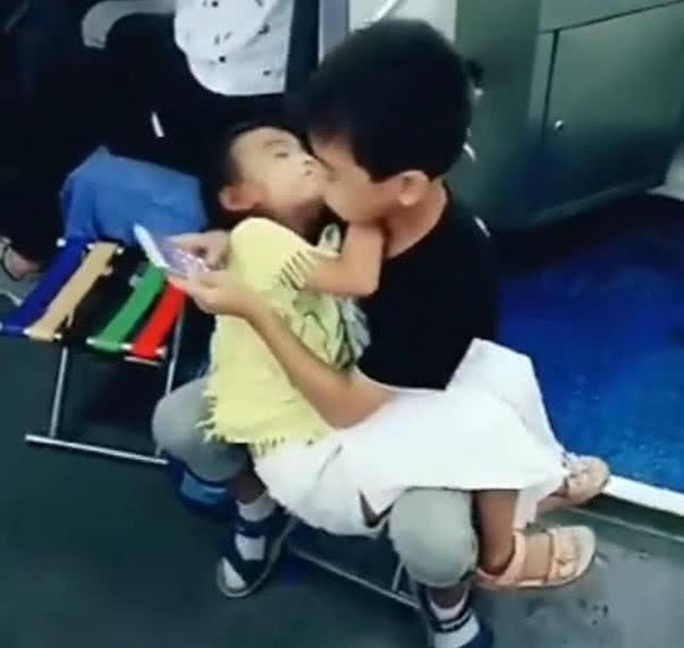 Thanks to her brother’s hands wrapped around her, the little sister was able to sleep soundly in the train. The little boy sense of responsibility caught the attention of people in the train and many were touched by his gesture and how he cares for his little sister.

The little sister was able to sleep soundly thanks to her kid brother. 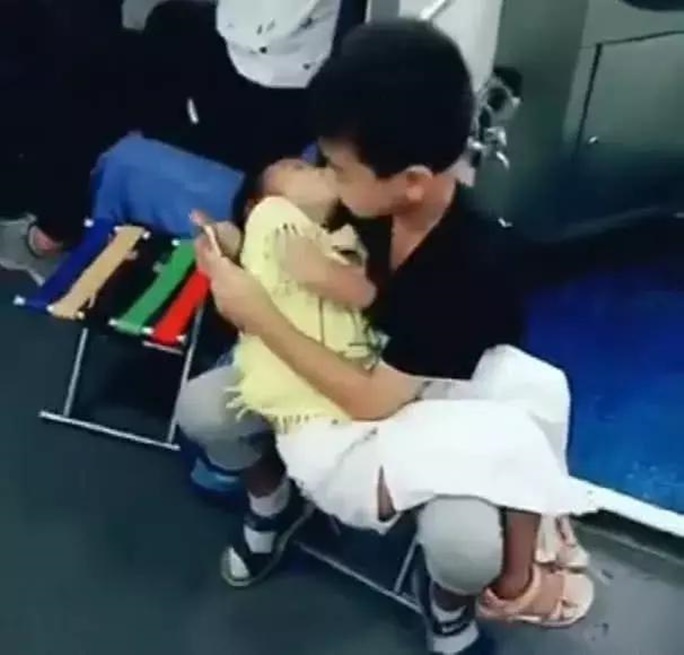 Thrifty Chow Yun-fat is Worth $718 Million Though He Only Spends...