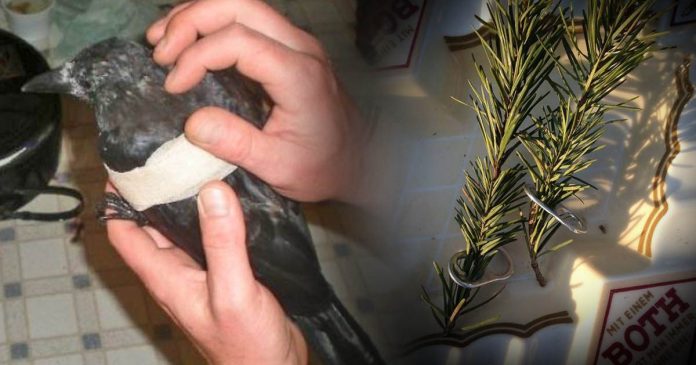 Bird enthusiast Stuart Dahlquist, 56, from Seattle, was pleasantly surprised and astonished when a crow family left him some ‘thank you’ gifts.

He had been feeding them for several years, and thought nothing much of it—he just wanted to take care of them!

So when he discovered a gift one day, he was taken aback. When the same thing happened the following day, he decided to share the remarkable ordeal on social media.

“The more I think about this the more blown away I become. We’ve been feeding a small family of crows (mated pair and their two-year-old offspring) for several years now, pretty much whenever they ask,” Stuart posted on Facebook.

“A few days ago they left a present, a twig from our douglas fir tree with a pull-tab threaded onto it. The following day they did it again.”

He was so impressed with the twig and tab creations, he called them “art”.

“This is to my mind completely amazing; not only is it generous, it’s creative, and beyond that still it is art,” Stuart added.

He has always loved all types of birds and has been feeding the family for around four years.

“Crows are amazing creatures and I’ve always felt this way since I was a boy. Birds – all kinds – have been a real focal part of my life; I love watching them, listening to their calls, identifying them… Oh! And helping them if they need help,” Stuart told Bored Panda.

Stuart said the bird family-of-four stay in his front yard, nestled in his douglas fir tree.

“We could hear the babies when the parents would feed them. One day I found both babies had fallen to the ground, almost able to fly but not quite.

“We got them into a tree and the parents – pretty angry with us actually – took it from there and the little ones survived. We began feeding them soon after,” he explained.

Sadly though, Stuart said the mama crow was killed by a raccoon, leaving them as a family-of-three.

When they want food, they “Caw! Caw!” at Stuart, and he feeds them high-quality dry cat food.

So sweet! Stuart has had experience with crows in the past—explains why he’s such a natural!

When he was little, he had a pet crow named Buddy, and he to bandage its broken wing.

Social media users were impressed with the crows’ creations, with some saying it’s their way of saying thanks.

Well done Stuart for looking out for the cute crow family!

A man found these grubs in his garden and let them...