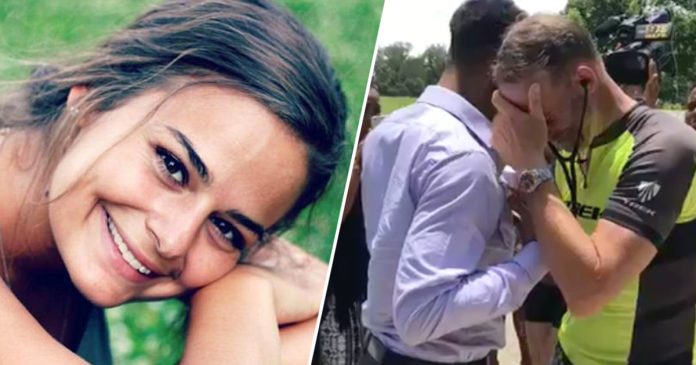 Grieving father decided to travel 2,660 miles on his bicycle from Madison, Wisconsin, to Fort Lauderdale, Florida to raise awareness for organ donation and as a form of therapy.

Bill Conner made the journey from his hometown in Madison to Fort Lauderdale to visit the Broward Health Medical Center where his daughter’s organs were recovered for donation in January. He decided to make a stop about halfway through to listen to his deceased daughters heartbeat in Louisiana.

Bill said of his organ donor daughter, “She registered. It’s something that she knew a long time ago. Unfortunately, it came to fruition, but that’s Abbey. For her to be helping people in need, that fits who she is.” 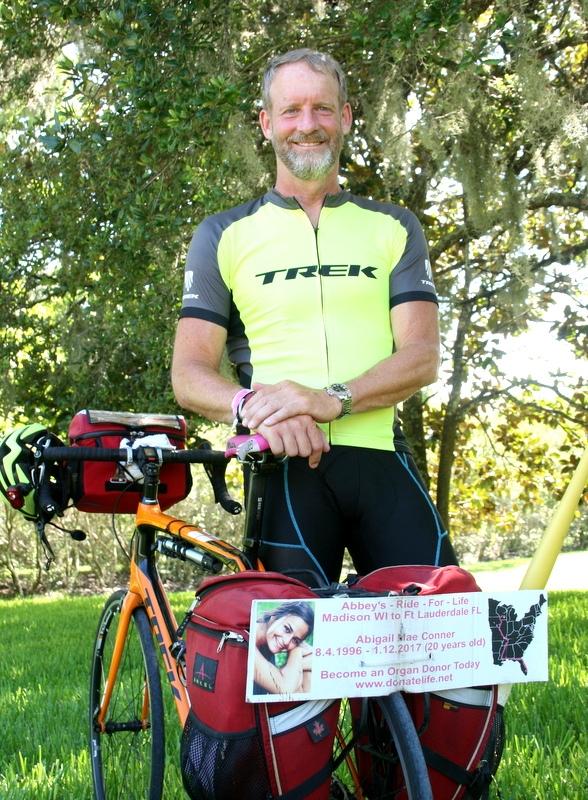 Abbey Conner and her older brother, Austin, were found floating face down in a swimming pool, two hours after arriving at a resort in Cancun. The drinks they had ordered at the pool were apparently laced with drugs. Both brother and sister were unconscious when the authorities found them.

The siblings were taken to a local hospital where Austin made a full recovery. Abbey didn’t regain consciousness.

Abbey was a registered organ donor and remained hooked up to a ventilator as she was flown to Fort Lauderdale. 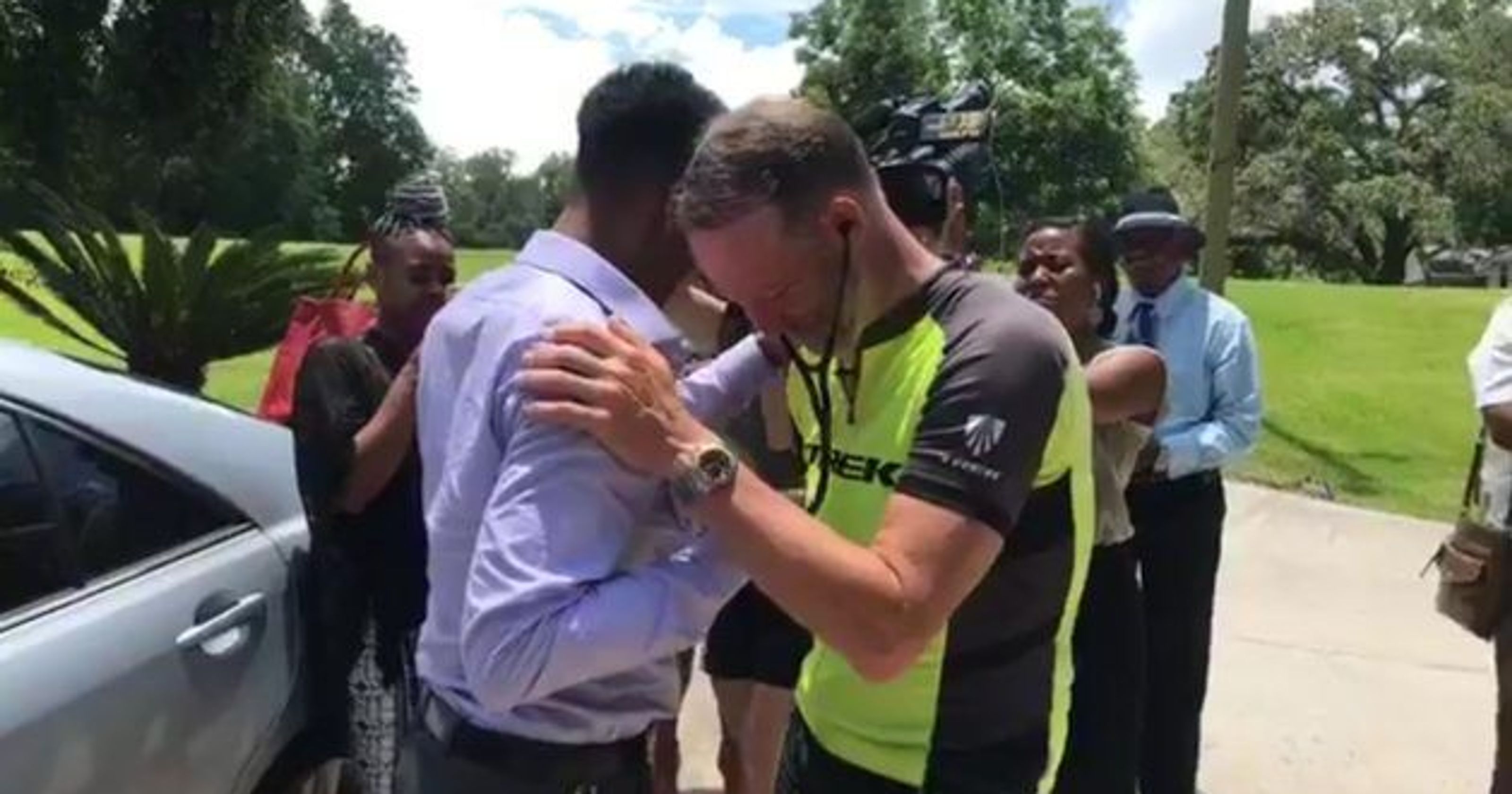 Bill had time to say his final goodbyes to his daughter before finally pulling the plug. Then the Broward Health’s transplant surgeons made quick work in removing her heart, liver, pancreas, kidneys, eyes and tissues. A young man who was told his days were numbered after suffering a heart attack, needed a miracle and there was Abbey’s heart on its way.

Abbey donated four of her organs which saved the lives of four person aged 20 to 60, including the 21-year-old Loumonth Jack who received Abbey’s heart. 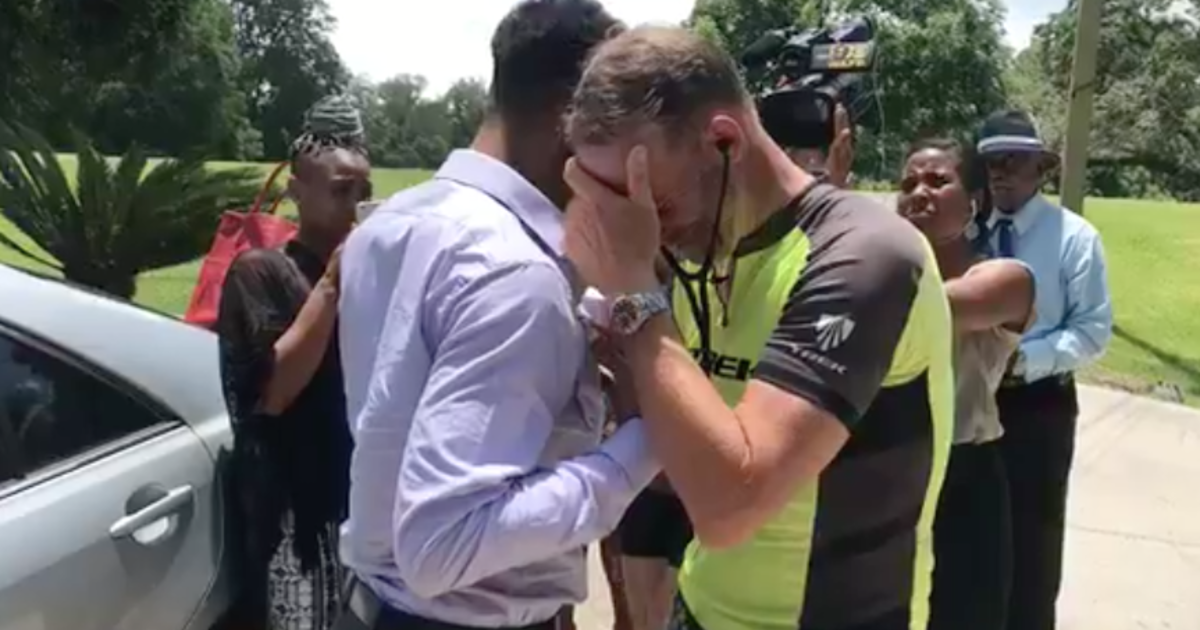 Bill had informed the Florida donation center that handled Abbey’s organs about his journey, the group tried to contact the recipients, asking if they would be interested in meeting their donor’s father. “The only person who has responded at this point is Jack Jr., the heart recipient,” said Bill. So he reached out to the young man and arranged to meet in Baton Rouge on Father’s Day.

Bill said “Knowing he’s alive because of Abbey, Abbey is alive inside of him — it’s her heart having him stand up straight,” Conner said. “I was happy for him and his family, and at the same time, I got to reunite with my daughter.” 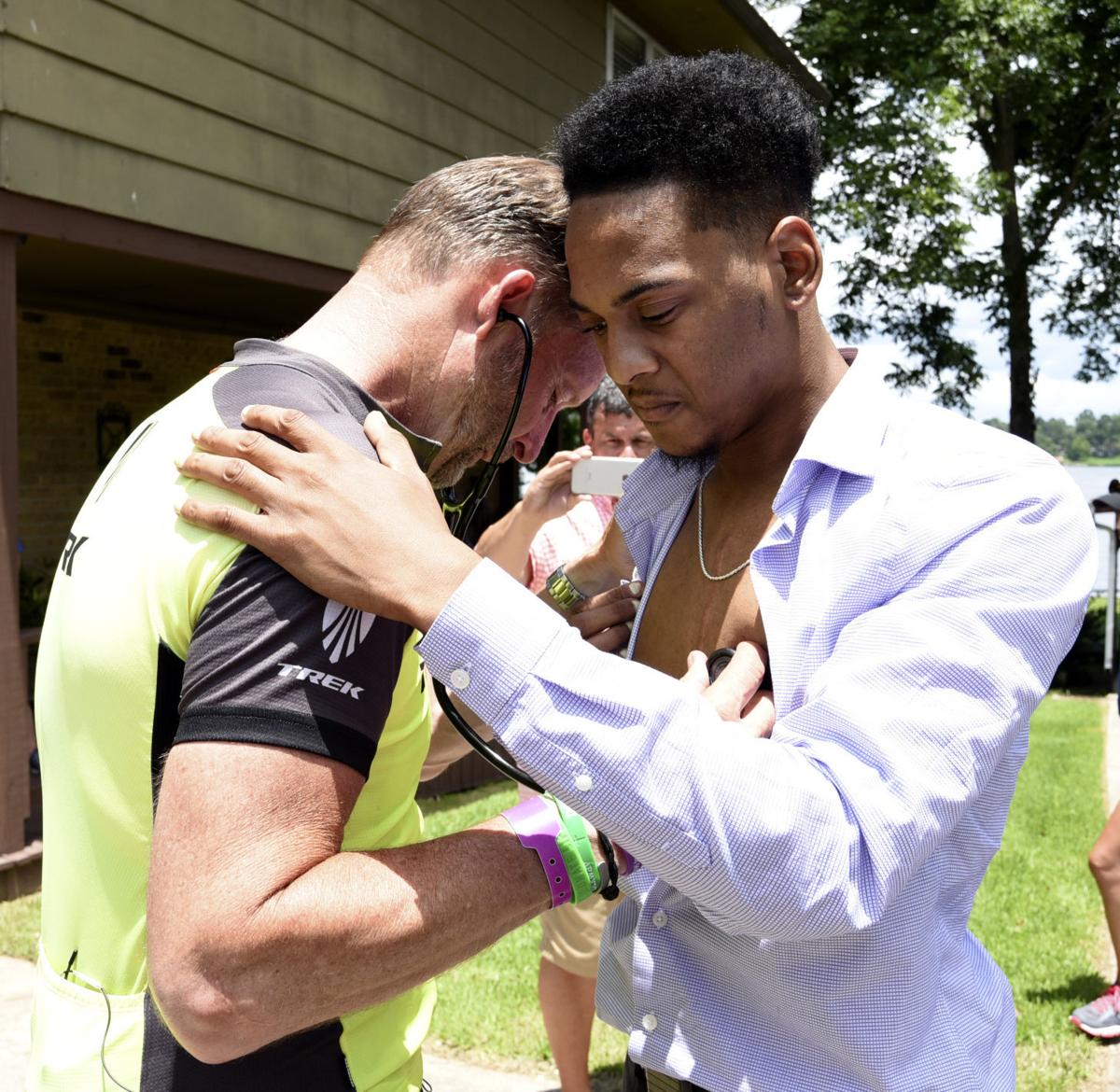 When they finally met, the men shared a minute-long hug then Jack pulled out a stethoscope so Bill could hear his daughter’s heartbeat. He heard the thumping and both men couldn’t help but to tear up. “She saved me and I can’t repay her.

I wish I could but I can’t,” Jack said in an interview with WAFBin Baton Rouge. The family had made a recording of Jack’s heartbeat and gave it to Bill so he could hear his daughter anytime. Bill then continued on his journey to Florida, spreading awareness about the importance of organ donation and sharing Abbey’s story along the way.

Watch the heartfelt moment when Bill hears his daughter’s heat for the first time since she died in the video below: