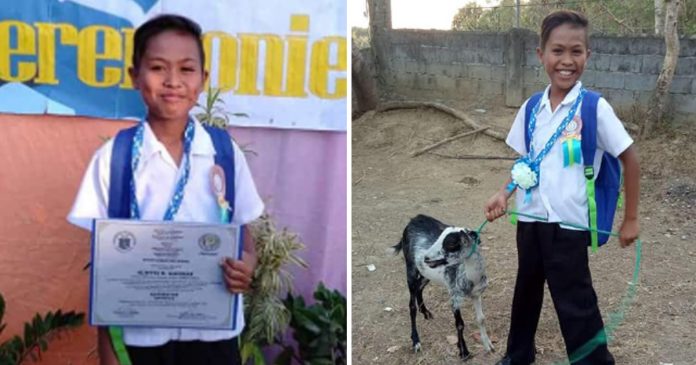 Living in this era of technology and social media, most children his age might have chosen gadgets or probably toys when asking for a reward from their parents. But this 11-year-old boy from the Philippines is not most children.

The young Alwytz Robiniol Gaoiran is an animal lover and he prefers animals more than toys or any gadgets available. So when he graduated from Buyong Elementary School, Alwytz was asked on what kind of things he wanted as his graduation gift and his answer was a goat.

What he asked for his graduation gift was definitely not a common one. 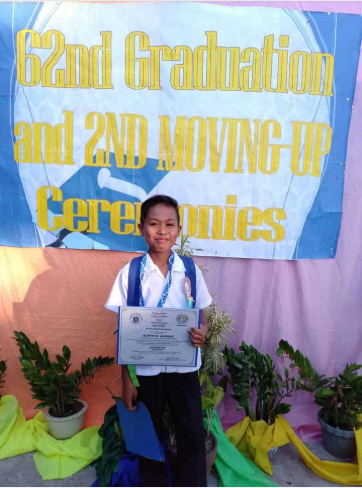 As a proud brother, Alvin can’t help to share his surprise with the internet when his 6th grader little brother asked for a goat. He shared on Facebook that he told little Alwytz that it can be anything like a cellphone or tablet, but the eleven-year-old just wanted a pet that he could take care instead.

He asked for a goat! 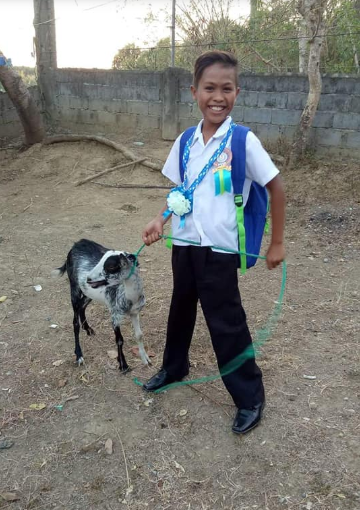 Alvin also realized that the goat was actually pregnant, so he asked Alwytz to take good care of the goat because who knows they might have a farm of their own one day.

Alwytz’s father is a farmer and his mother works as a domestic helper in Kuwait but they currently couldn’t afford to have farm animals.

Alwytz requested the same from his mother last Christmas, but his parents do not have extra money and their salaries were just have enough to make ends meet for Alwytz and his seven siblings.

Now that he got the goat, Alwytz is beyond happy and shows off his new pet with a big smile on his face.

Such an adorable kid!