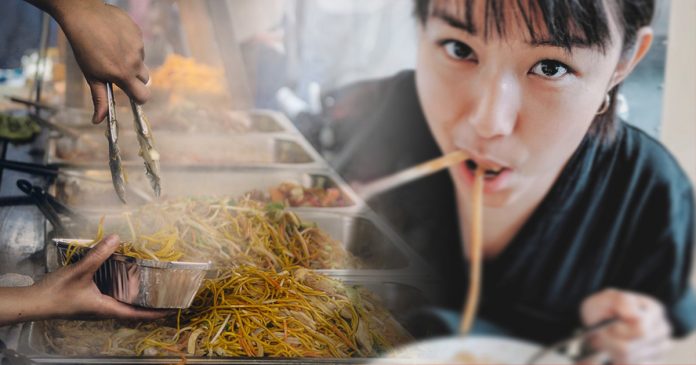 Amelia comes from a family of business background. Her father owned a food manufacturing factory in China. They were doing really well in the beginning but they had to leave the business behind. Due to poor management, the business got shut down, which eventually lead them into bankruptcy.

Despite the less favorable condition of her family, Amelia carried on with her university education but she has to take up part-time jobs to earn her own tuition fees.

More often than not, she would often eat bread to fill her stomach and to spare some extra savings.

Driven by sympathy, her roommates would often treat her to meals by deliberately losing a bet or two to her. She is fully aware of her friends’ way of trying to help her but she cannot bear to see them spend overspending money on her. Therefore, she would sometimes sneak away during meal times.

On her way back home one day, she came across a roadside stall selling pork noodles for a mere dollar. Additionally, the lady seller told her it comes with fried egg and beverage.

Thinking how lucky she was to find this good deal, she was thrilled when the lady owner gave her a portion fit for two for the price of one.

Since that day onwards, she often patronizes and recommends the stall to all her roommates. Unfortunately, her friends were disappointed when they found out that their portions were not as generous as claimed by Amelia. There was no free egg and drinks too.

On their next visit to the stall, they decided to make separate orders for the same dish.

Shockingly, Amelia’s portion was indeed bigger than theirs!

They later found out that the stall owner, Aunty May has been particularly increasing her portion secretly. Apparently, the middle-aged lady figured out the student’s not-so-well-to-do condition on the first impression.

Aunty May kept on apologizing because she didn’t want to offend or hurt the poor girl’s feelings.

Her intention was genuine because she could relate to her condition. “I just hope she gets to eat a proper meal”, she said.

Aunty May further explained when Amelia first visited her stall, she noticed her clothes; an ill-fitted blouse paired with a patched-up skirt. She had a worn out tote bag on her shoulder which had multiple tears. Amelia also looked fairly thin. Upon her next few visits to the shop, Aunty May confirmed it was due to her meager meals.

Amelia and her roommates were completely touched upon learning this. For Amelia herself, she can only thank her kindness and resolve to study harder so that she can repay the kind lady in the future.

As long as kind people like Amelia’s roommates and the noodle stall owner exist, it makes a better living place for other students that are in Amelia’s situation.

Mother shocked to see their pet dog attack her daughter and...