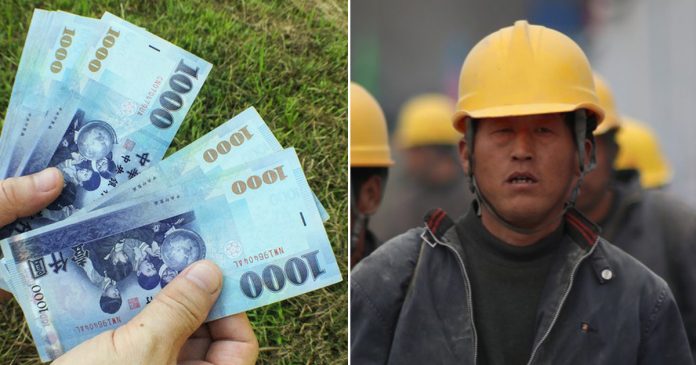 Wang Kun has been working in the same company for years and was considered a senior staff member. When two new recruits came in, his boss placed them under his guidance and he was expected to show them the ropes.

The goal was for them to familiarize themselves with the company systems as soon as possible. When it was time for the salaries to be paid at the end of the month, Wang Kun saw the new employees pay slip and was utterly shocked.

They earned nearly $5,000 more than him. It was outrageous seeing as he’s been with the company for 7 years and they were only recently recruited.

He took the issue up with his boss who only said “It’s difficult to find new employees nowadays and the remuneration has to be higher. We will be implementing newer, more high-tech equipment soon and they need to learn how to operate them. Please understand.”

When he asked for a pay rise, his boss was fuming saying that he has crossed the line and scolded him for asking too much and sent him out of his office. Wang Kun has been manning the company’s equipment for years and he never received as much as the new recruits.

Disheartened and angry over the conversation with his boss, he made the decision to tender his resignation and left.

Three days after Wang Kun left, the company was forced to stop production since the new recruits could not operate the machinery efficiently. Wang Kun was supposed to guide them and without him, they were like headless chickens.

His former boss called him and pleaded for him to come back, he even tried to make him feel guilty by accusing him of leaving them high and dry. He also offered to double Wang Kun’s salary but he could not get him to return.

Wang Kun was even more disappointed by his boss’ actions and could not care less about the future of his old company. He thought to himself, “Why not treat your employees better in the first place if the company really appreciates them?”

He is extremely satisfied with where he is currently working. Wang Kun’s position in his old company was held by three different people now but none of them could do the job as well as he did.

No matter what his former boss offered him, Wang Kun kept rejecting him. He feels appreciated at his new job and is willing to work hard for them.

Girl born without arms was put up for adoption by her...