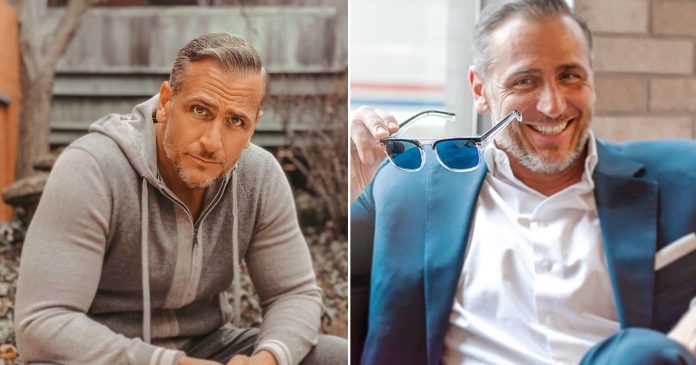 It can sometimes be frustrating to live in the shadow of your parents but this 21-year-old is proud of his dad’s decision to try something new and wants to show him off.

Colin Hayslett recently posted pictures of his father on Twitter and they became an internet sensation. He uploaded photos of his 45-year-old father’s first modeling pictures and the ladies went wild.

Colin said that he has never seen his dad, Clint, happier since the former pastor decided to take up a career in modeling.

My dad is 45, pursuing a modeling career, and I’ve never seen him happier. He told me he’s just waiting for a chance to blow up. So, Twitter, meet my dad. pic.twitter.com/zYSmZGbPCn

He said that his dad was just waiting for the chance to make it big but neither Colin or his dad could have expected the reception they received. Within days the post was retweeted over 81,000 times and received 377,000 likes.

Clint received hundreds of messages asking if he was single and many more gushing over how attractive he was.

Many users applauded the former pastor for branching out and taking the leap in pursuing a new career. They also praised Colin for supporting and encouraging his dad. Other users decided to parody the “Hot Model Dad” by posting pictures of their own fathers with captions that mirrored Colin’s.

Clint who has been serving as a pastor for the past two decades, had no idea his son uploaded his pictures on Twitter until it blew up.

He told the New York Times, “He [Clint] was kinda going nuts. It was hilarious.” Colin admits that “He’s on his phone now more than ever. Now when I come home he asks me for the stats on the tweet. We are slowly integrating social media into his life.”

Clint is amazed by the support people are showing him and is humbled by the overall experience.

Colin must have been really proud of his now famous model dad!