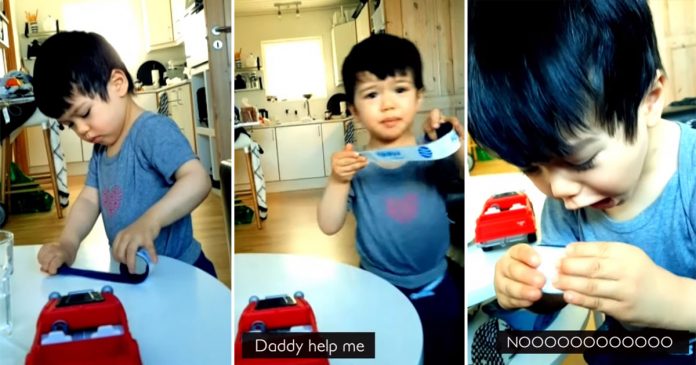 It’s great fun to watch clips of toddlers trying to figure out how things work around them. However, it can be frustrating for the child in question, like this 2-year-old promptly finds out.

The father of a very frustrated two-year-old recorded his son’s attempts at unfurling a length of reflective tape, much like that of a snap bracelet. The toddler named Jógvan Samson looks flustered as he tries to straighten the tape but fails.

He approaches his father, Bjarni Samson, who is recording and asks for assistance saying “Daddy help me.”

His father coaxes him to try again and encourages his son to give it another go.

Jógvan looks at the tape intently and uses his little hands to straighten the tape and he nearly succeeds before this happened. 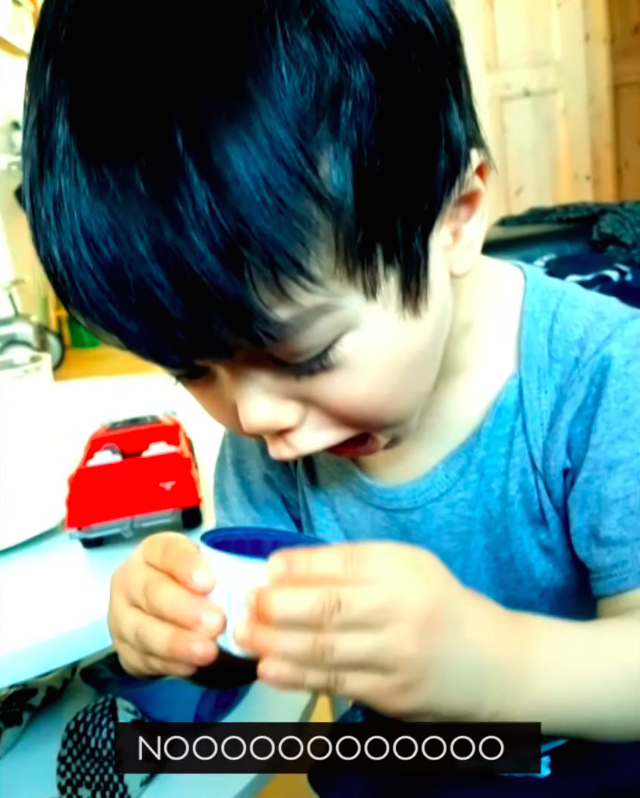 Since then, Jógvan has made peace with the snap bracelet and wears it to kindergarten everyday. His father says the boy knows how to unravel it himself now!

Watch the video below and see how this toddler’s run-in with the tape ends: