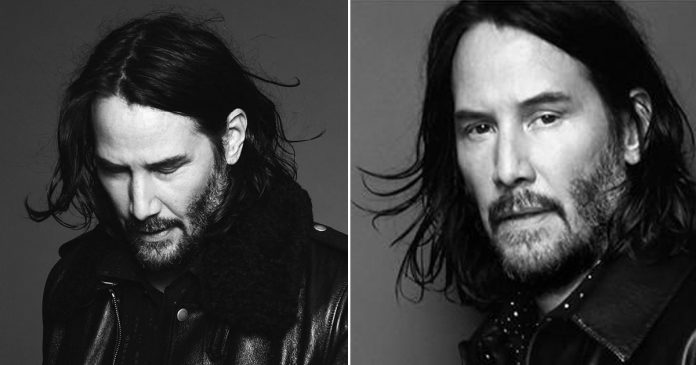 If there’s one person that deserves all our support and love in whatever he’s doing, that would be Keanu Reeves. This amazing actor’s humble way of living and how he stands strong despite all kinds of hardship is what makes we love him even more.

Just recently, the luxury brand Saint Laurent announced Keanu Reeves as their new face for the Fall/Winter men’s rage and we can’t be happier. Anthony Vaccarello the creative director of Saint Laurent revealed the happy news and make it official after sharing these stunning images on Instagram.

He looks absolutely dashing in those.

Taken by photographer David Sims, Keanu Reeves looking dapper and all perfect in whatever piece he’s donning. One of the most beloved people on the internet, Keanu Reeves’ introverted characteristics and melancholic gaze are among the things that keep us interested.

That gaze we’re talking about.

Not only known for giving a lot to charity, but Keanu Reeves also loves to help the people around him. He used to give the money from his own salary to the Matrix’s special effects team to save their jobs.

He’s an angel in disguise.

Besides that angelic act of his, the actor also created a buzz after he was seen spending time with the homeless and when he’s being humble as to share a van with other passengers instead of going on a private ride when his plane made an emergency landing.

Having a casual chat with the homeless.

We also love looking at him doing the most down to earth things like feeding the fish at the park.

That time he refused to buy a new pair of shoes, we still love him.

And the fact that a guy who casually takes the subway many times is the new face of Saint Laurent, we absolutely love it too.

There’s no other perfect choice!