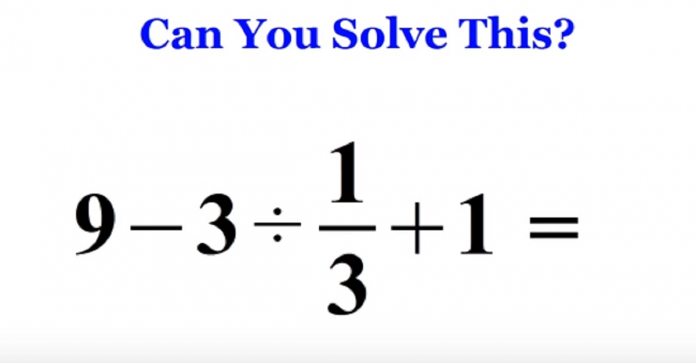 Now look at this equation below. Looks easy, right? Though apparently, only 60% of people in the age group of 21-29 can answer this. That too, is a 30% decline from the statistics back in 1980s.

So which one is the correct answer? Presh Talwalker explains in his YouTube video the one ground rule most people overlooked when attempting the question.

According to him, this is the one commonly made mistake. 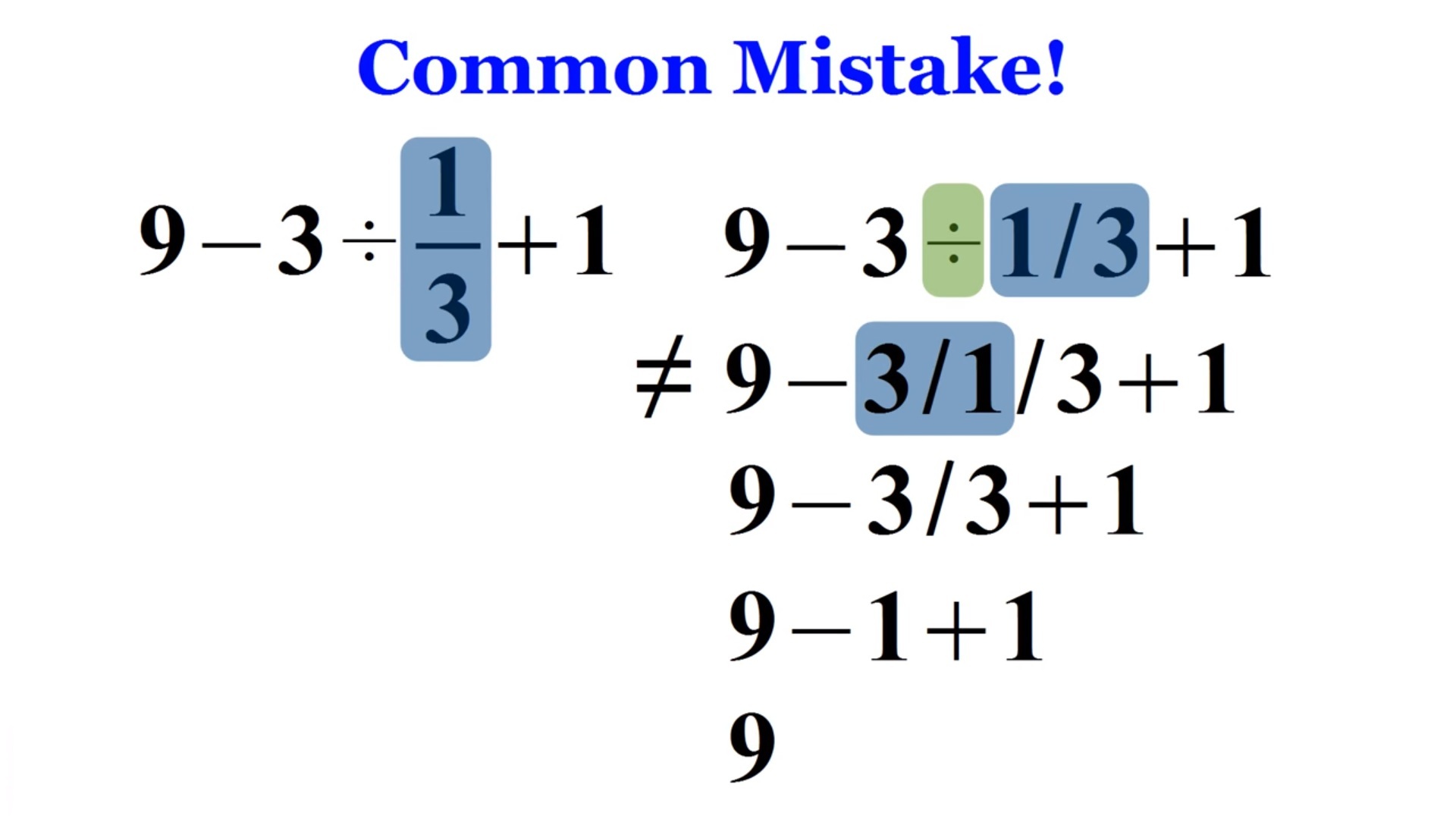 Most people tend to disregard the fraction and jump into the division first. It’s not wrong, but it contradicts the rule of BODMAS.

Sounds familiar? Of course, it is. Chances are we have been taught about it in school. Maybe we didn’t pay enough attention. Maybe we forgot.

Here’s a recap of what BODMAS (or PEMDAS) is all about.

Presh reminded in the video, “You should write an expression that groups one third as one group.” So the first step is to sort out the fraction.

Then, the three should be divided with the fraction, which totals to nine.

The third and last step is to subtract the nine with nine, which results in zero. Zero plus one equals ONE.

And that, ladies and gentleman is how deceivingly easy the solution is.

It is undeniable that we as humans tend to overlook the easier things in life. Probably because we assume we’re already good at it. Therefore, we dive right into action before putting any thought as to how to tackle it.

Next time you face a problem, maths or not, do keep this in mind.

Hiker discovered valley that looks exactly like a sleeping dog after...