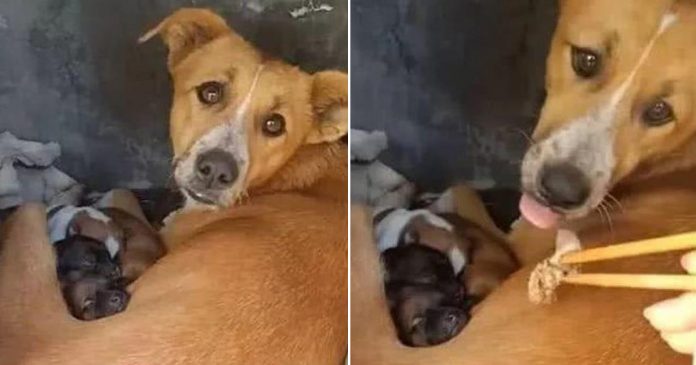 There’s nothing more genuine than the love a mother has for her children. It is universal and does not only apply to human beings but it is also true concerning animals.

We know that dogs are usually docile and friendly on the whole but when female pups become mothers, they undergo a complete change in countenance. Their sole concern from then on is to protect their puppies and can become aggressive if they perceive the slightest threat approaching them.

During a particularly bad storm, a netizen chanced upon this mother and her pups while waiting for the bus. 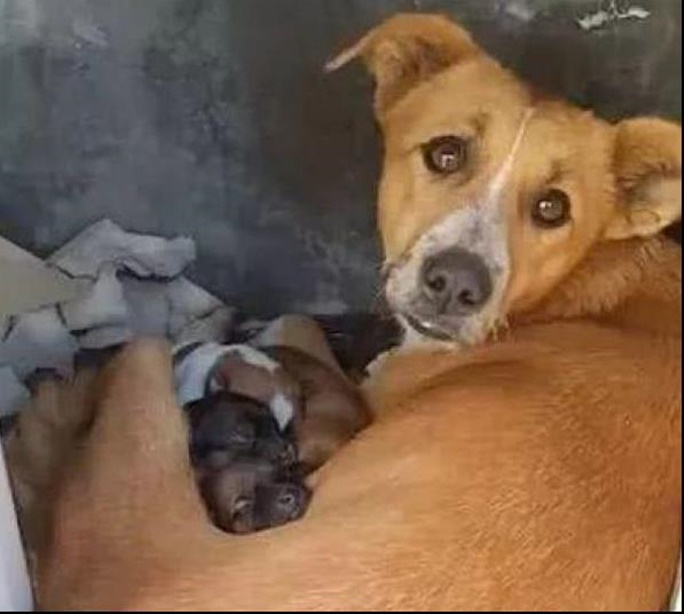 All the netizen thought about was getting out of the bad weather as soon as possible and into the comfort of her home before she laid her eyes upon the mother dog. The mother faced a wall and used her body to shelter her pups. She must have been extremely cold in the horrid weather but was determined to protect her them.

The netizen’s heart ached to see the dog in such a state and decided to buy something for the mother to eat. 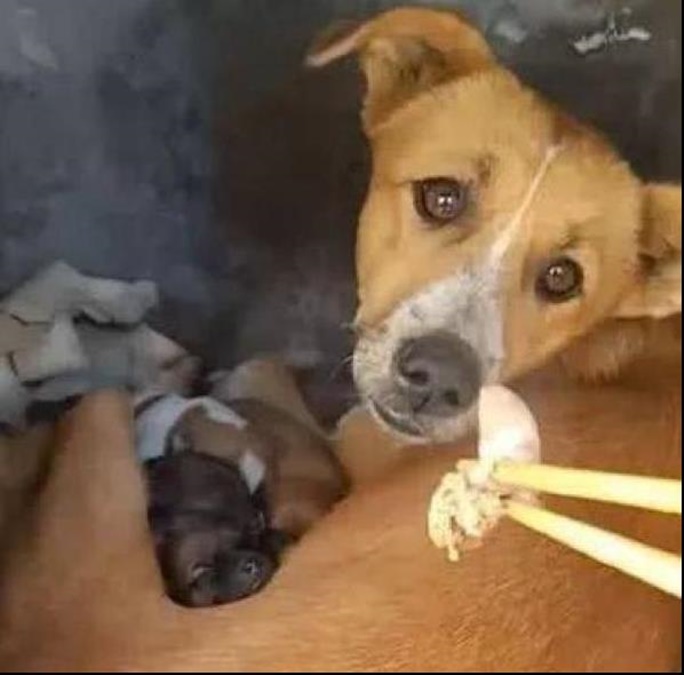 She came back with a generous pack of meat and tried to feed the morsels of food to the mother. She had turned around and stared at the food for a while as if contemplating whether or not she should trust the stranger. In the end, she decided to take the food that was offered and it looked like there were tears in her eyes.

The netizen posted the story online and everyone was touched and saddened by the gesture as they felt the mother dog deserved to be in a warm place to take care of her pups. 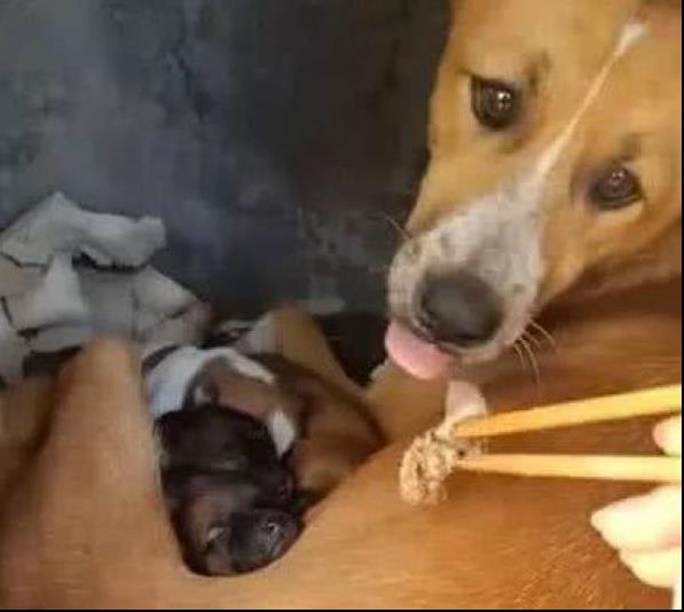 The netizen tried to take the mother dog and her pups home but they did not budge. They did not trust the human as they may be a threat and the dog did not want to take any chances.

We hope that the mother dog and pups have been safely relocated and meet a more kind person in the days to come.