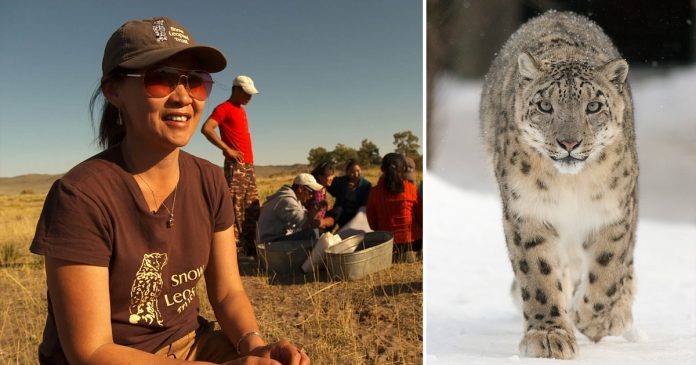 Bayarjargal Agvaantseren is a 49-year-old language teacher-turned-animal activist. She was recently given the 2019 Goldman Environmental Prize for Asia award to honor her contribution in wildlife conservation. How deserving!

Bayarjargal plays a significant role in the advocacy for snow leopard conservation. Her undying effort to rescue these snow leopards first sprouted in the 1980s. Back then she was a translator for a wildlife scientist.

She worked mainly with snow leopards which are native to the Mongolian land and took interest in protecting them.

Among her endeavors are forming an alliance with the farmers by providing them insurance program for local herders and initiating the government to ban all mining permits in the affected land as well as to cancel existing mining licenses.

Her greatest achievement is turning the south region of Gobi Desert into the first federally protected snow leopard conservation land in Mongolia. It is the well known Tost Tosonbumba Nature Reserve, which spans a majestic 1.8 million acres.

Deforestation and uncontrolled poaching have impacted the lives of animals greatly, especially the rare, exotic species. The perpetrators wipe out their habitat for industrialization and kill them for their body parts. Ivories and tiger hides, to name a few, are in high demand in the illegal trading markets.

The Mongolian snow leopards are no exception to these selfish acts. These big cat population has been reportedly spiraling down as a result of mining companies and farmers alike. Retribution killing and hunt for their bones/hides are the two main reasons.

Animals are a vital part of the ecosystem. They maintain a balance between mankind and nature in a holistic environment. Unfortunately, as of late, many of them have been listed to be endangered.

While climate change poses an alarming danger to their existence, it is a universally agreed statement that the main contributor to their impending extinction is none other than humans.