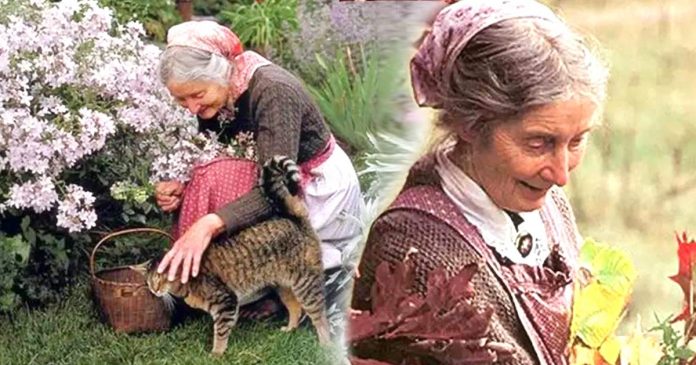 Natasha Tudor had won numerous awards and honors for her contributions in children’s literature. She was also a huge adherent to rural living and had never looked happier.

When she was born, she was named Starling after her naval architect father but was soon re-christened as Natasha after the heroine in War and Peace. Her parents and friends called her Tasha and she adopted the last name Tudor after her second divorce because her father was noted for painting the portrait of Rosamund Tudor.

She began her prolific career as an illustrator when she turned 19 with the first book she self-published called Hitty’s Almanac. 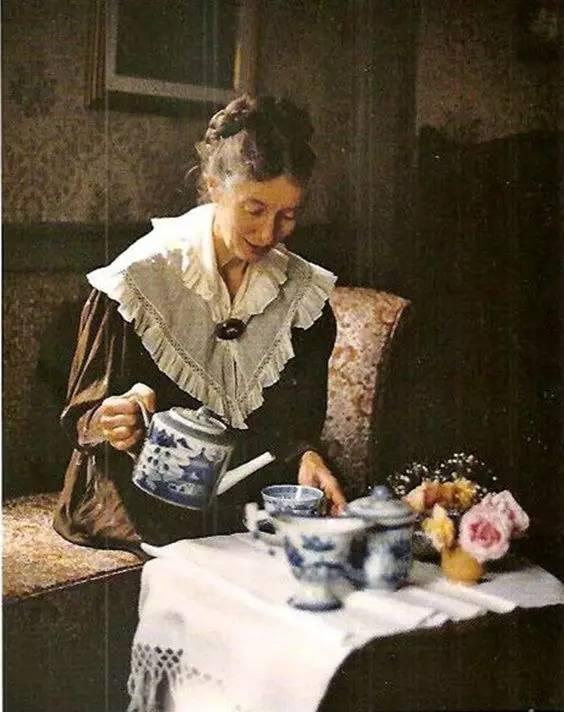 She then launched her professional career with Pumpkin Moonshine which she wrote and illustrated. It depicted the story of a little girl trying to get a huge pumpkin home for carving. Her most notable work however, is her illustrations in Mother Goose and 1 is One which earned her Caldecott Honors. Her illustrations are instantly recognizable as she uses soft colors to fill in her detailed and realistic drawings, coupled with intricate borders made out of flowers and leaves.

The success she achieved with her Mother Goose illustrations allowed her to buy a large farm in New Hampshire where she raised her four children and her Welsh Corgis. 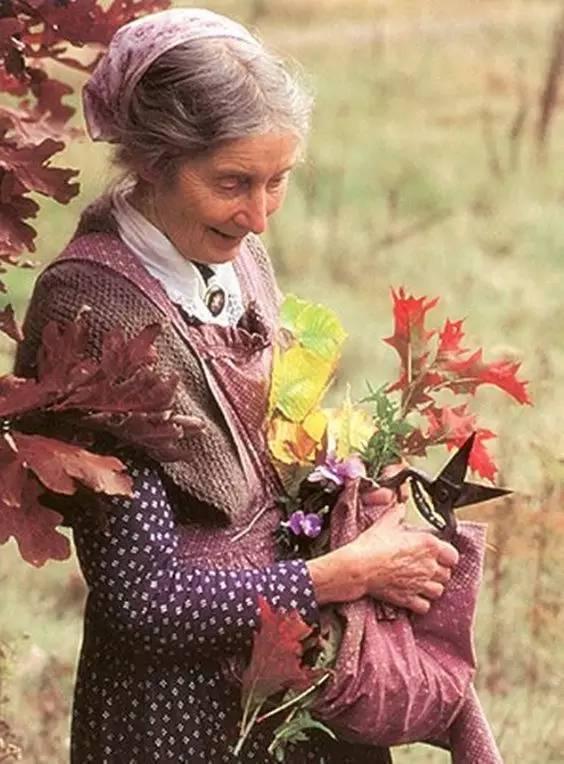 Tasha was obsessed with corgis. She featured them in three of her books and had a total of 13 corgis around her at one point in time. Although Tasha was born in the early 20th century, her favorite time period was the 1830’s. She mimicked the lifestyle and tried to keep the modern world at bay.

Tasha was born in 1915 but she resonated more with the simplistic way of life from the 1830’s and tried to emulate it. 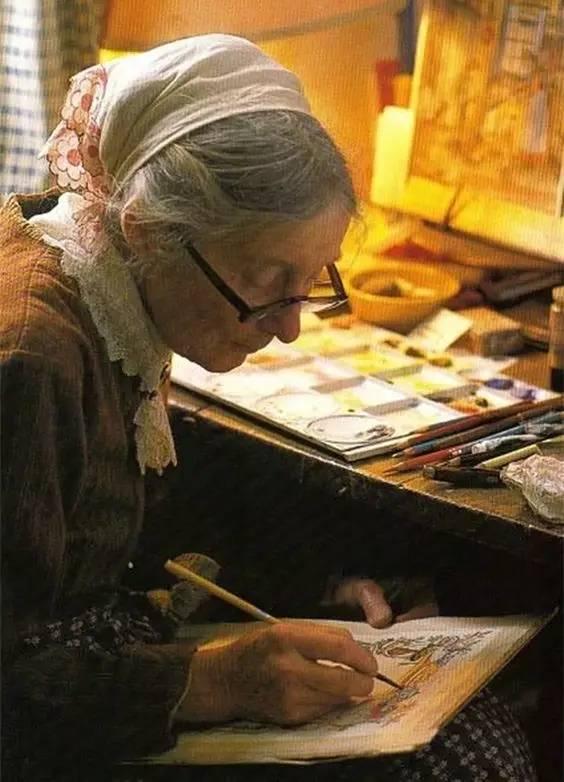 When her children grew older and left the nest, she downsized from the farm and moved to Vermont where her son Seth, used only hand tools to build a cozy cottage for her. They added outbuildings to house her milking goats, birds and other animals. She cooked with what she could harvest around her cottage, picking herbs from her garden, getting milk from her goats and eggs from her chickens. She also wanted to flex her creative muscles and learn anything and everything under the sun. 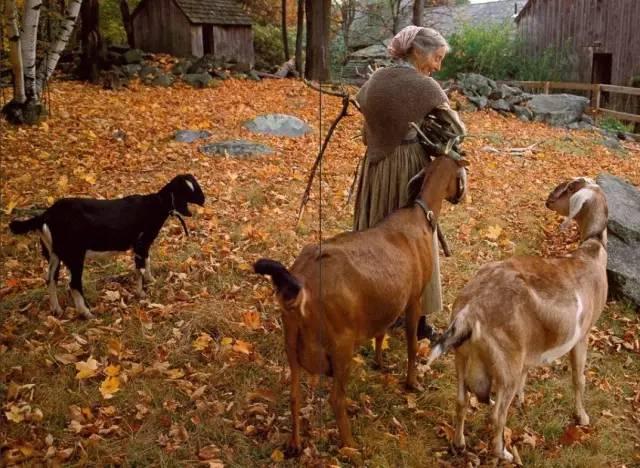 Tasha dressed as if she belonged in an era that was more than a century before her time. She wore long frocks and carried lacy kerchiefs as well as hand-knit shawls. Her daily routine would include a good deal of work as she had to rise early and milk her goats, collect her fruits and herbs then proceed to do a list of different chores.

She never owned a television, it would not have fit in with her lifestyle. 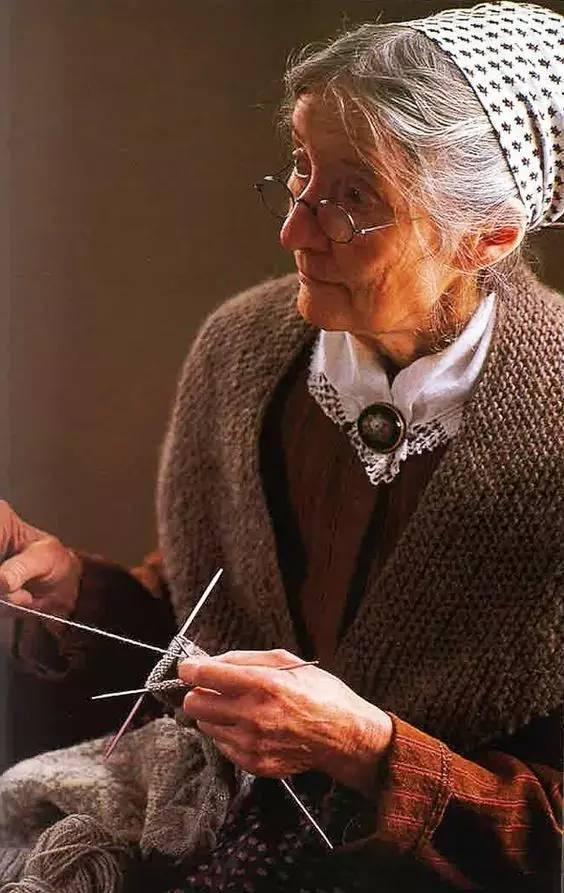 She chose her furniture carefully and each piece was extremely valuable to her. She tried to avoid living in modern times of she could help it. Her wide range of interests keep her occupied even though she lives alone in the cottage.

Her devotion to rural living had made her content with what she had and enabled her to pursue her interests in peace. 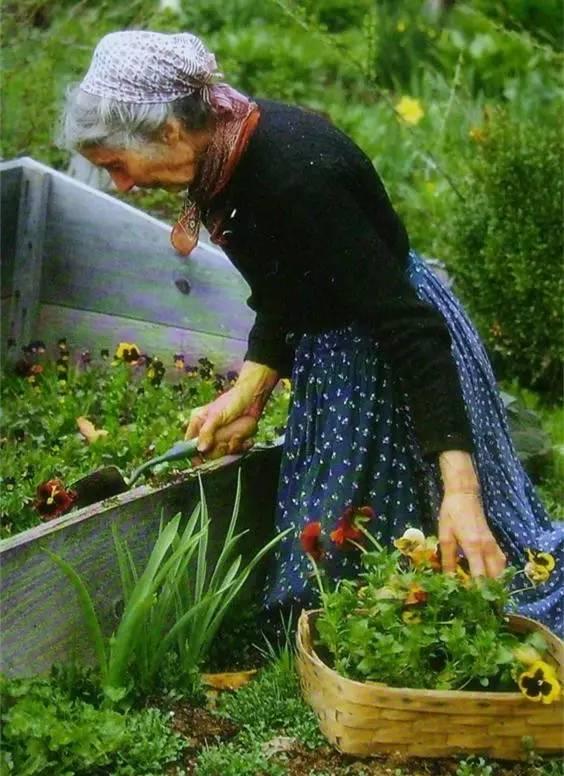