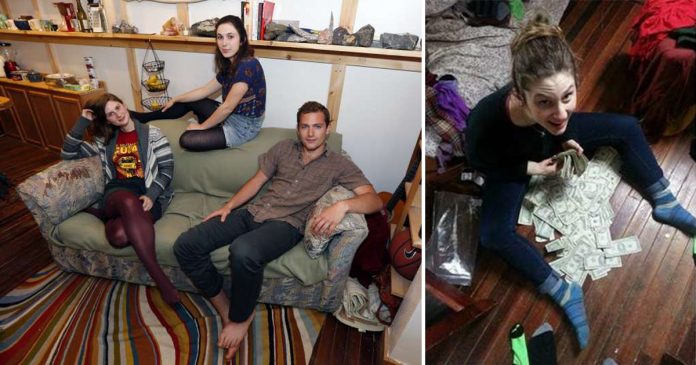 Just bought an old sofa? You might want to look what’s inside first! Three young roommates never expected to find thousands of money after buying an old couch from the thrift shop.

Cally Guasti, a social worker with Family of Woodstock who shares an apartment with two friends in New Paltz didn’t expect the windfall when they got their new old-couch.

Guasti and her friends bought the beat-up couch and a chair for only $55 at a Salvation Army thrift shop.

The couch looks old but still can still be used. 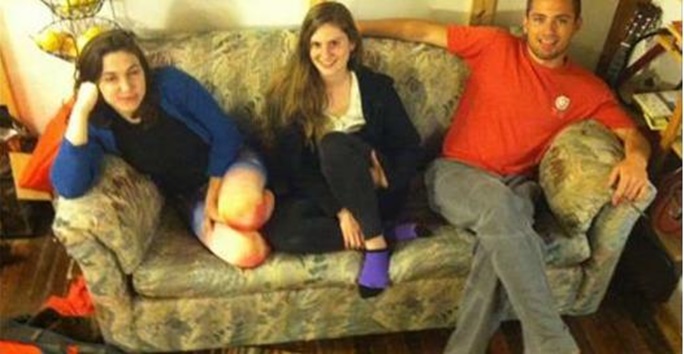 But one night in April, the group of friends noticed that the arm cushions looked a bit lumpy, the weirdly lumpy way. So one of them, student Reese Werkhoven opened a zipper on one arm and found an envelope. It was $4000 in bubble-wrapped bills.

Guasti, Werkhoven and another roommate Lara Russo opened the other arm zipper and found more. 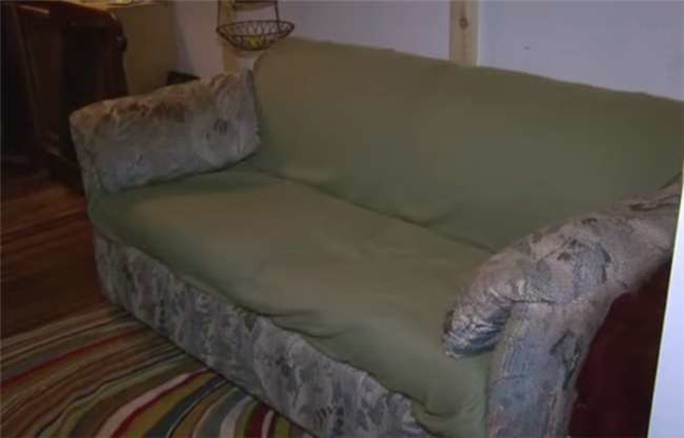 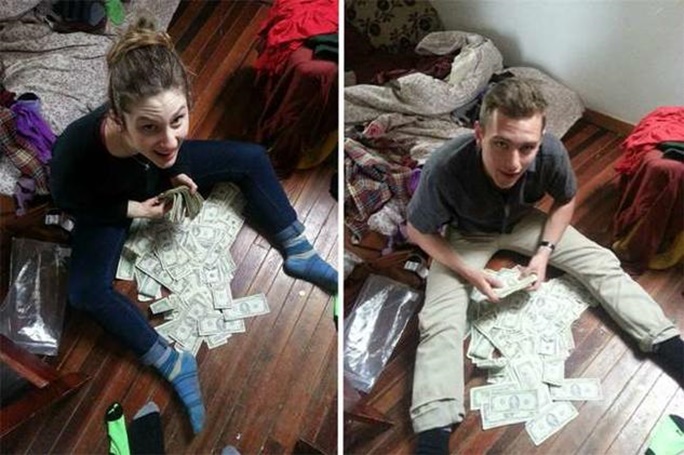 “We just pulled out envelopes and envelopes. My mouth was literally hanging open—everybody’s was. It was an unfathomable amount. We put it all on bed. We laid it all out and started counting. And we were screaming. In the morning, our neighbors were like—we thought you won the lottery,” recalled Guasti of the day she found the money with all her roommates.

But despite how much they found, the money does not belong to them. “At the end of the day, it wasn’t ours,” said Guasti.

Guasti found a deposit slip with a woman’s name on it and Werkhoven called her the next morning. They drove to the woman’s home and she turned out to be an elderly woman. She cried in gratitude when Guasti and her friends hand her the money she had hidden away.

Apparently, the elderly woman’s family donated the couch to the Salvation Army while she was having health problems. Guasti said that the three of them did consider to keep the money, but they decided they couldn’t.

They definitely did the right thing by returning the money to its rightful owner.