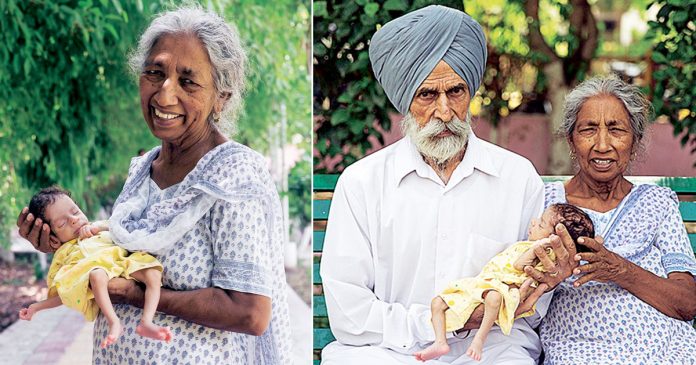 A 72-year-old Indian grandmother defied all expectations when she gave birth to a baby boy and became the oldest mother in the world. 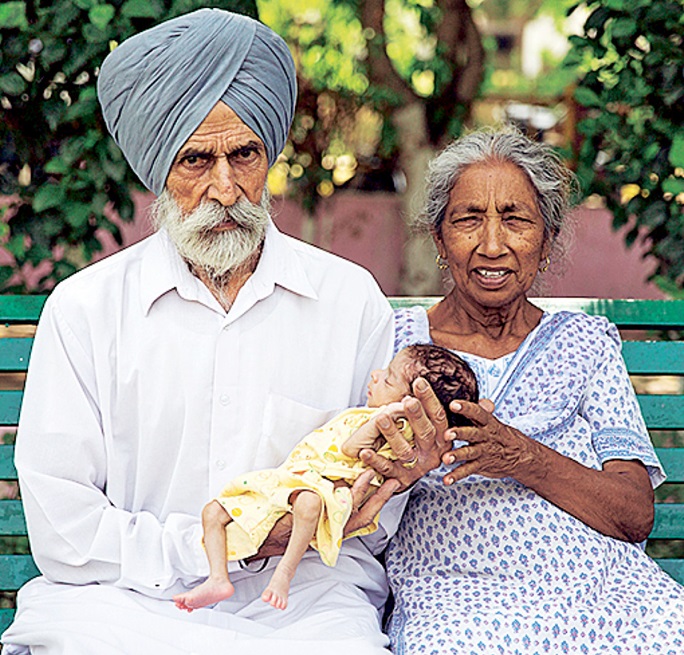 Daljinder Kaur’s dream finally came true after decades of trying to have a baby, when she gave birth to her son using IVF in Haryana, India.

Daljinder and her husband conceived their child, Armaan, with medical help after almost losing hope after 46 years trying for a child.

It’s now or never—The couple had been unable to afford fertility treatment, but one day, when Daljinder was in her 60s, they decided to take the step. 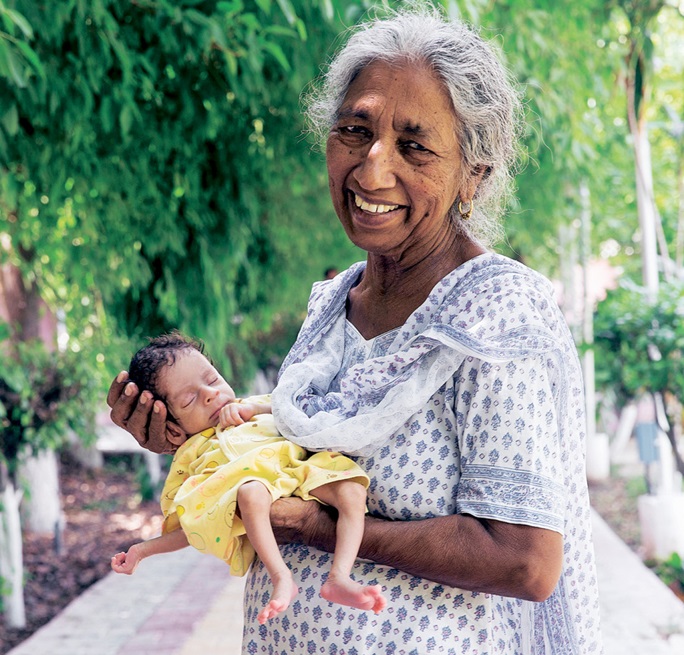 “When we saw the [IVF] advert, we thought we should also give it a try as I badly wanted to have a baby of my own,” she said.

And after two years and three rounds of IVF treatment at a fertility clinic in Haryana, their baby boy Armaan was finally born, weighing a “hearty and healthy” 3.9lbs, his parents said.

Armaan is still slightly underweight now at 15lbs, but Daljinder thinks it’s because of her age.

“He’s quite thin and even diapers of his age don’t fit him,” she said.

“He could possibly be thin because I didn’t feed him properly. I stopped breastfeeding him at three months as my milk wasn’t developing well.”

He’s still a very energetic and happy baby, she said.

“No matter where I am he’ll come crawling to me,” she said. “I love him. He is a friendly child and smiles at everyone.”

Sadly, having a baby has caused her health to deteriorate, she said. She said she now has joint problems and high blood pressure.

“Since he’s been crawling I’m on my hands and knees and it’s hard. My body can’t take it. It’s been harder than I thought.

“My blood pressure has suffered and I get tired very easily now. I’ve seen several doctors but they just give me medicines and a diet plan,” she told Cover Press Asia.

What do you think of the couple’s decision to have a child at their age? Let us know in the comments.

Take a peek at the world’s oldest mom and her son here: