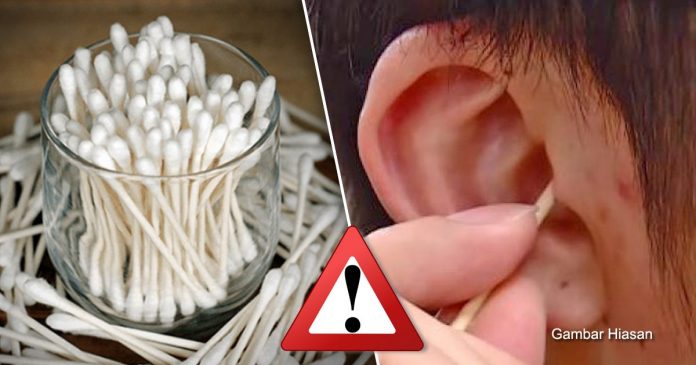 Ever heard of the saying ‘the smallest packs the most punch’? In the case, a 31 year old man it went beyond packing a punch which caused him severe skull infection, which led to seizures.

The reason behind it? A small cotton swab, also known as q-tips.

BMJ Case Reports identified this case as the first known diagnose of necrotizing otitis externa induced by a cotton swab deposited in the soft tissues of the ear canal.

A thorough medical examination revealed two pockets of puss sandwiched between the outer layer of his brain and the protective membrane around it.

This man was on a prescribed antibiotics medication for ‘severe ear infection’ for five years before one day collapsing due to heavy uncontrolled seizures. After 10 weeks of treatments and close observations, doctors found “soft-tissue density material” inside the ear canal and it turns out to be a lodge cotton swab. After it was removed, he is now completely infection-free.

Time and time again, we are reminded to avoid using cotton swabs to clean our ears. Prolonged and untimely use of cotton swabs is said to be potentially lethal, according to experts.

Cleaning your ears using a cotton swab only further pushes the wax into your eardrums. As the ear wax accumulates over time, it might cause partial hearing loss or even lead to more serious problems.

Contrary to the popular belief, cleaning your ear wax is actually counter-effective. The wax protects your ears from debris and microscopic bacterias that might be attached to your ears. Naturally, it will eliminate itself out of the system because that is literally what it does.

Doctors warn that it’s not just q-tips that should be kept away from your ears. Any object ‘smaller than your elbow’ is a clear no-no. That includes safety pins, toothpicks, hairpins or anything that you assume might be able to replace your regular cotton swabs.

The man was lucky the infection did not spread to his brains, otherwise, the damage would have been irreversible.