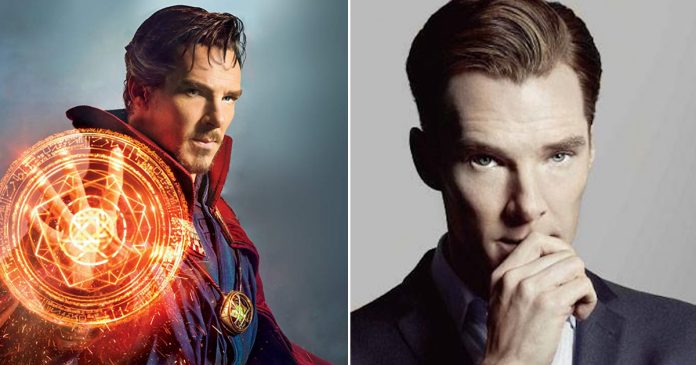 You love him, you hate him. Benedict Cumberbatch is a multi-faceted actor known for his unmatched talent to portray well-known figures in movies.

For an upcoming documentary which is to create awareness about the neurodegenerative disease, he agreed to narrate it—for free!

Cumberbatch acted in JRR Tolkien’s the Hobbit saga and that’s when he became friends with Royd Tolkien, JRR’s great-grandson. Royd Tolkien’s brother, Mike, suffered from motor neurone disease, also known as ALS in the US.

The documentary, There’s A Hole in the Bucket, is based on Tolkien’s journey to fulfill his brother’s bucket list and the narration was one of the key elements that make the documentary. When the budget was finalized, Tolkien was taken aback because it needed a significant name for endorsement.

“On his deathbed, Mike told me he’d left a secret list with 50 challenges I had to complete around the world”, said Tolkien.

“Benedict was previously aware of my brother, Mike, and his battle with this terrible disease; In 2014 I organized a charity screening of The Hobbit on behalf of my brother, and Benedict joined fellow cast members who kindly recorded greetings for that event,” explained Royd Tolkien to Screen Daily.

With an impending deadline to catch and hesitant heart, Cumberbatch was the first person that came to Tolkien’s mind. He emailed his favorite actor asking for a huge favor in charity.

According to Express.co.uk, it is said that Benedict Cumberbatch’s average pay for a movie can go up to £7.5 million (USD$9.7M).

Though he wasn’t expecting anything in return, Tolkien was hampered to know that the actor was rushing another project at the same time.

And then, the same evening he received an email that read ‘All done!’. It was of course, from Cumberbatch himself. Tolkien highlighted that his kind gesture was overwhelming because he did it in secrecy.

Unlike most celebrities who demand media exposure for their charitable deeds, Cumberbatch remains downright humble about it.

One of Cumberbatch notable characters was portraying Stephen Hawking in his biopic, after which he became the ambassador for the Motor Neurone Disease Association.

To omit an amount that large for a cause that’s close to his heart, indeed brought him closer to ours.

Everyone in the stadium thought she was about to flash a...

This couple hasn’t cut their hair in 10 years. The reaction...