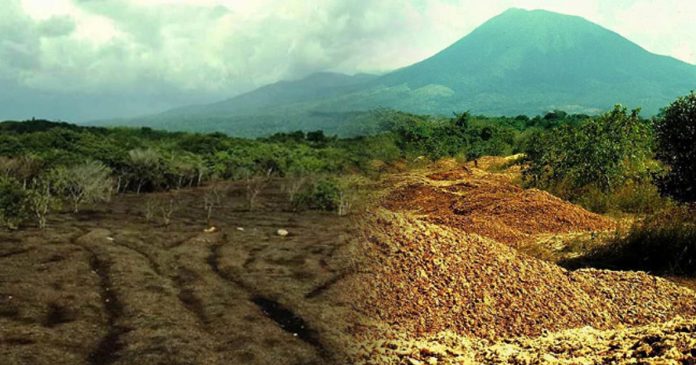 When a fruit company and a national park decided to work together, they thought that it was just in the name of a land dumpsite agreement.

However, it turned out that the collaboration blossomed into a fruitful land conservation experiment that revitalized the area—15 years after the dumping stopped.

It started when two ecologists from the University of Pennsylvania partnered with a fruit juice company Del Oro that was based in Costa Rica in 1997.

Del Oro owned land that bordered with the Guanacaste Conservation Area, a national park located in the northwestern corner of the country that conservation organization wanted to acquire.

In exchange for the borderland owned by Del Oro, they made an agreement that would allow them to dump some of their agricultural waste in designated park areas—degraded sites with poor soil quality.

They were only allowed to dispose of certain agricultural waste—particularly orange peels and orange pulp.

The designated park areas for the dump sites are lifeless and barren.

Despite support from environmental groups assuring that the project was ecologically safe, a rival fruit company TicoFrut came after Del Oro and sued them claiming the dumping was dangerous—causing piles of rotten peels and flies. So the Costa Rican Supreme Court shut them down.

This did not come as a shock as Costa Rica has always been very protective of their environment and led the world in environmental protection since the 1980s.

Before the court case, 12,000 metric tons of orange pulp and peels were already dumped onto a 3-hectare stretch and remains there after Del Oro was shut down.

The site of the orange peels deposit and adjacent pastureland.

16 years later, a graduate student at Princeton Timothy Treuer was scouting out research topics in 2013 and came up with the idea to do a follow-up study on the effects of the orange peels to the land. So Treuer traveled to Costa Rica and discovered something unexpected.

“It was so completely overgrown with trees and vines,” told Treuer.

“I knew we needed to come up with some really robust metrics to quantify exactly what was happening and to back up this eye-test, which was showing up at this place and realizing visually how stunning the difference was between fertilized and unfertilized areas.”

So he left and came back in 2014 with a full team to study the revitalized land.

They found out there’s a 176 percent increase in aboveground woody biomass compared to the control area and significantly elevated levels of macro and micronutrients.

“Plenty of environmental problems produced by companies are simply by producing the things people need or want. But those problems can be alleviated if the private sector and the environmental community work together,” said the study co-author David Wilcove.

“I’m confident we’ll find more opportunities to use ‘leftovers’ from industrial food production to bring back tropical forests. That’s recycling at its best.”

After seeing how the land turned out, the researchers proposed in their study that the peels are what transformed the land’s fertility from lifeless soil into a rich mixture and the peels probably suppressed the growth of an invasive grass that was keeping the forest from flourishing.

This is how the land has transformed throughout the years.

What they discover gives hope to other companies that there are ways to execute waste management in more ecological and environmental-friendly ways.