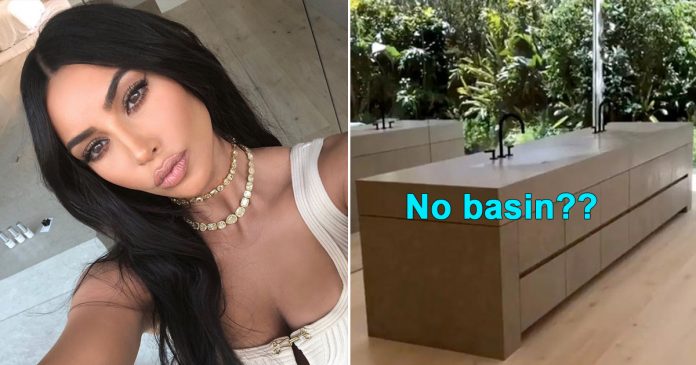 The best and worst part of the internet is that anything and everything gets picked on by people online. Something or someone makes it to the spotlight everyday for just sharing one small fraction of their life to the world.

In a recent Vogue interview, Kim shared answers to some 73 questions while giving a tour of her elaborate mansion in the Hidden Hills enclave. Of all the items featured, netizens found themselves drowning in confusion over her sink. Yes, a bathroom sink.

What stumped most people is the absence of basin in all the sinks featured in the video.

“Can someone PLEASE explain the sinks at kim & kanye’s house?” a tweet read. In reply to that, many comments followed affirming the mutual concern everyone shared with Kim’s choice of household appliances.

can someone PLEASE explain the sinks at kim & kanye's house pic.twitter.com/bFqi1fpNkl

Perhaps, Kim Kardashian felt obliged to enlighten her fans as she released another exclusive fan tour video on her Instagram breaking down the mechanics of how her sinks actually worked.

The video showed Kim zooming in on the sinks which reveal a slit and a slight dent on the surface of the sink. 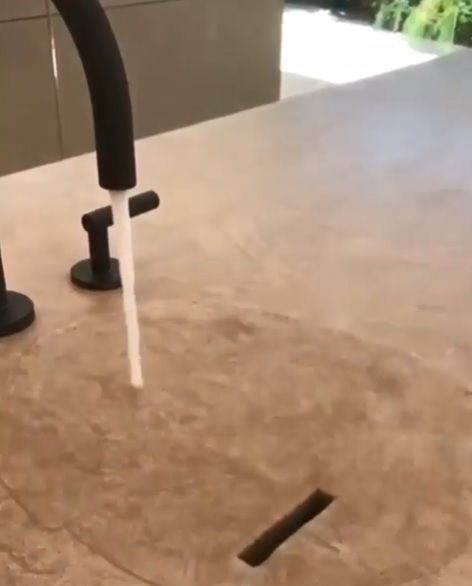 When the water runs down, it forms into a small pool before draining into the slit.

The A-list celebrity added that the design was conceptualized by her husband Kanye. Kanye even took the designer in him a level further by turning the bathroom ceiling into a single-panel illuminated light source.

Besides the sink and the ceiling panel, Kim also has a large built-in TV in her room that rises from the floor with the click of a switch.

Well now that the million-dollar question has been unraveled, netizens can finally sleep in peace.

Watch the Vogue interview with her here: