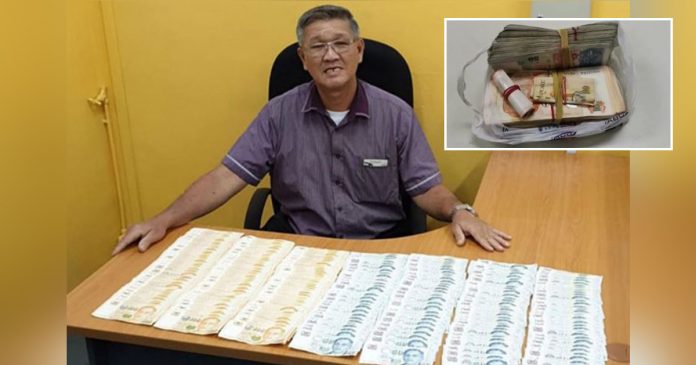 Saw Cheong Seng is a bus driver hailing from Singapore. He was driving the service 63 bus, when on the Friday morning of May 10th he was handed over an unsuspecting bag by a passenger.

The passenger was a 40-year-old Chinese male who initially got off the back door of the bus. Since the door was closed, he got back in to get down using the front door but stumbled upon a bag midway. He quickly brought the bag over to Saw, explained the situation and asked for the bag to be put up for lost-and-found items.

He made a quick run-through into the bag and found what appeared to be stacks of papers. Saw assumed they were betting slips. When he returned to the Eunos Bus Interchange after his routine round, he noticed that the bag was heavier than papers should weigh.

Saw was surprised that an amount that large had been left on the bus. The bag was eventually handed over to the police and a report was issued. He added that he wouldn’t be able to have a good night’s sleep if he had taken the money or if the sum hasn’t been returned to the rightful owner.

“I would feel troubled if my passengers are not able to get back their lost items, especially their money”, he said. He mentioned that the most commonly found items in his bus were handphones and wallets.

Saw is a veteran driver who has been in service for the SBS Bus Transit for 13 years.