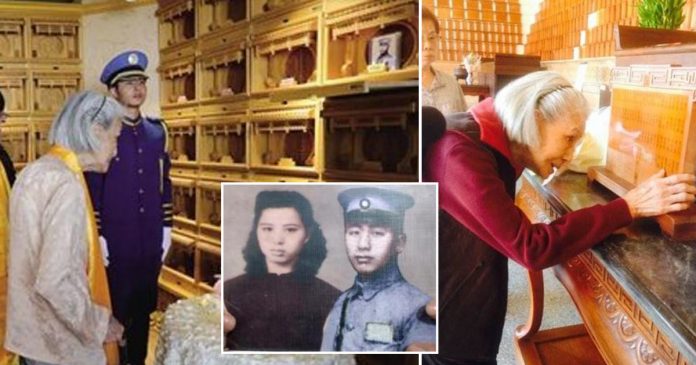 During times of war, anything can happen and when Zhang Shuying’s husband did not return, her worst fears were realized. It is only now that she can finally get some closure.

Zhang Shuying was only 14-years-old when her mother arranged a meeting between her and an army officer named Zhong Chongxin in Fuzhou, China. She had gone on several meetings before and disliked the men her mother had chosen for her to meet in the past. Chongxin was different though and she was absolutely smitten when they met.

Shuying met the tall and gentle army officer and immediately took a liking to him. They got married shortly after in 1935. 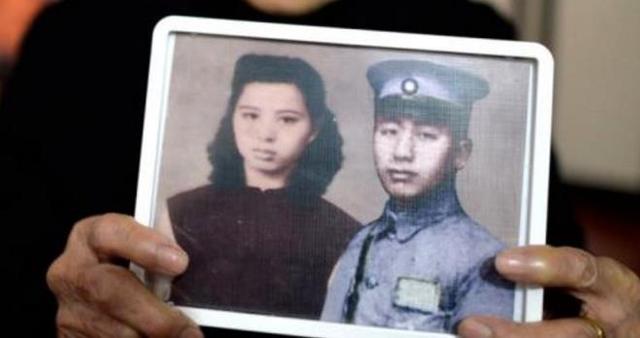 The newly-weds moved to Nanjing but Chongxin had to leave for the battlefield shortly after their union in 1937. He assured his wife that he’d come back to her, a promise he could not keep. While he was away, the 16-year-old moved to her husband’s hometown on Chongqing. As the war went on and Japanese forces invaded Shanghai and Nanjing, thousands of Chinese civilians and army personnel died. Shuying became increasingly worried for her husband. She stopped receiving word from her husband and feared the worst.

She waited 7 years before an officer contacted her and told her the news she had been dreading: Her husband died in battle. 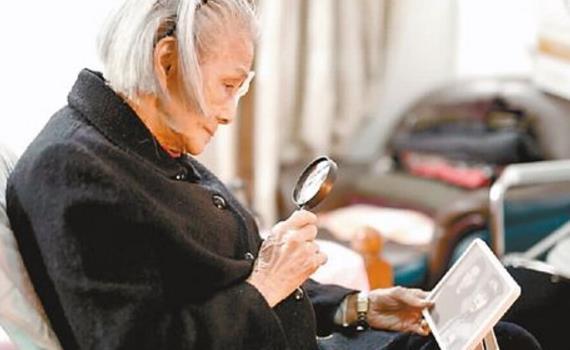 She could not come to terms with his passing because there was nothing tangible that signified it. They could not recover his remains or any of his belongings. After the establishment of the People’s Republic of China, Shuying’s parents and brother moved to Taiwan but she decided to stay on in Chongqing.

She remarried in 1949 and had three children but she could not fully get over the death of her first husband. She only told her children about her past when they were older because she did not want to burden them with her past. Eventually, she told them and recalled her wish to find some tangible proof that he really is gone.

Finally after 77 years, the 93-year-old had found her husband. They found his name engraved on a war memorial in the Martyrs’ Shrine in Taipei. 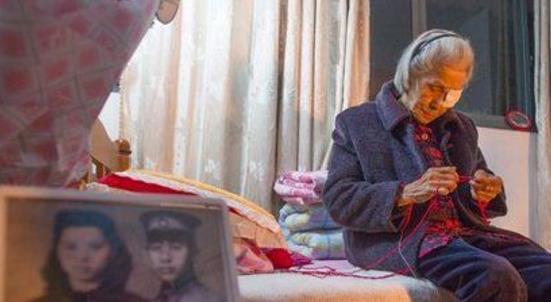 The search took decades but she finally found him at last. Her husband was enshrined together with other fallen soldiers in Taipei. Shuying finally visited the shrine in 2014 and touched the engraving of her husband’s name in the shrine. She finally feels at peace with the knowledge that her husband received the recognition he deserved along with the other soldiers who risked their lives to protect the country.

Shuying can finally get a sense of closure after seeing her husband’s name engraved on the shrine. 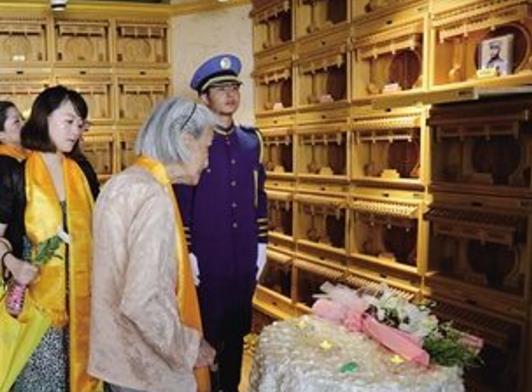 She stayed in Taipei for seven days and visited her husband’s shrine three times before being satisfied and finally letting the memory of him rest in peace. 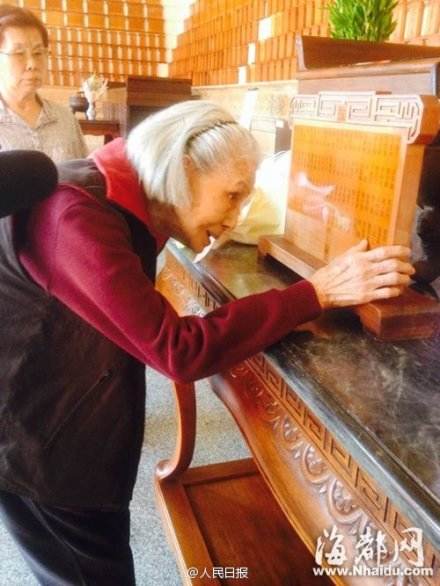 Cafe owner told staff not to come back to work after she asked...