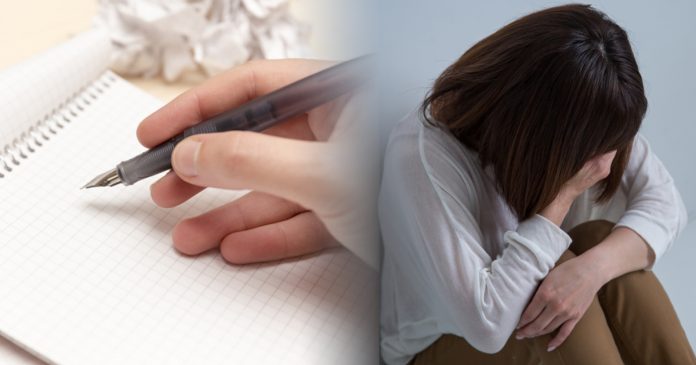 What would you do if your other half disappears without so much as a warning and leaves only a piece of paper behind? Here’s how this woman handled it before finding out the truth in the end.

A woman known only as Li, waited 27 years for her husband to return before finally realizing the truth behind his disappearance. She had married her husband on January 17, 1989 and the couple lived happily in Tainan, Taiwan. Two years went by and the couple were still blissful in their marriage. However, on March 26, 1991, her husband had left their home, never to return again.

He had presumably taken everything in their home and left a flimsy piece of paper bidding his wife farewell. Li felt helpless and in her desperation, she reported her husband’s disappearance to the police as a missing person’s case. They found no leads.

Li’s husband left her taking all their belongings with him and he left only a piece of paper behind.

She did not remarry as she always kept the hope that her husband would return to her one day. She lived alone for 27 years and had a hard life fending for herself while battling loneliness. She lived frugally but was eventually forced to move out of their home in favor of a smaller place.

She applied for housing which was specified for individuals with low-income. She was bewildered to find her husbands name on the registry. He was living with a woman and a child.

Li was heartbroken to find that her husband had left her for another woman and they had started a family.

In her shock and anger, she applied for a divorce and could not forgive her husband for betraying her the way he did. She was furious and heartbroken to think that she had waited 27 years only to find out her husband is happily married to another woman.

The court date arrived but Li’s husband didn’t appear. Needless to say, the court had granted the divorce.

She felt as if a burden had been lifted and the mystery was resolved. She was free to finally move on with her life without having to think about the coward of a man who was her former husband.