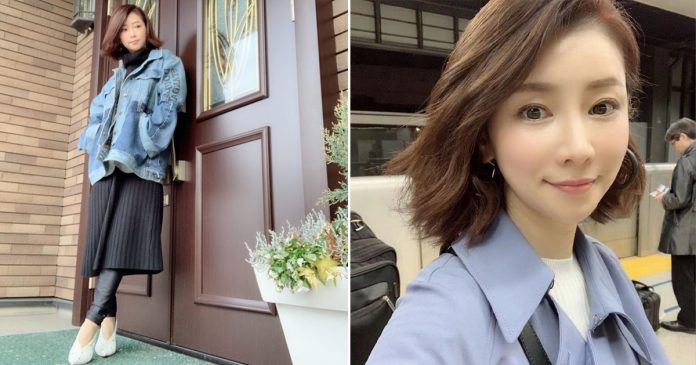 Looking youthful despite our age with no spots or wrinkles is a dream to a lot of women and this woman named Masako Mizutani from Nagoya, Japan might have achieved that.

Back in 2011, Mizutani made international headlines for her incredibly youthful looks when she participated in one beauty contest and won. Since then, Mizutani has been sought out for modeling gigs by major clothing and cosmetics brands in Japan.

She even published books to share her youthful tips with the readers.

Mizutani’s popularity further skyrocketed in 2015 after winning her country’s Youthful Pageant and has been referred as ‘The Lady of Eternal Youth’ ever since.

Looking a lot younger than her age, a lot of people might have never expected that she’s a mother to a 26-year-old daughter and 24-year-old son.

Now at the age of 51, Mizutani still manages to maintain her youthful look and boasts a healthy translucent skin without fine lines—you might’ve mistaken her for a college student! Thankfully, Mizutani has been very generous to share her secrets of slowing down her aging process in interviews and blog posts—and it’s related to a healthy body.

She looks so youthful!

You can’t see any wrinkles on her face.

Besides following a very strict vegetarian diet, avoiding alcohol and tobacco, Mizutani enjoys playing video games like Pacman for about 30 minutes per day as a form of exercise to improve creativity, decision-making, and perception.

She followed a vegetarian diet.

Most importantly, she sets aside around 5 hours per day to pamper her skin and body. First thing in the morning, Mizutani would wake up and clean her face with a whitening facial cleanser. She would also apply a whitening eye mask for 10 minutes and apply her whitening skincare products right after.

She would apply a face mask every morning.

And apply her skincare diligently.

In the evening, Mizutani would carefully remove her makeup thoroughly and applied a whitening mask. She didn’t forget to have a neck and foot massage to help with lymphatic detoxification.

Mizutani also keeps herself away from too much sunlight by applying sun protection like sunscreen and wearing a hat while she’s out. She also went out of the house to clean her garden as early as 8 AM to avoid the strong sunlight. Mizutani gets up at 5 AM in the morning and sleeps at 11 PM.

Not only good at taking care of her face, but Mizutani also keeps a slim healthy figure.

Some people said that her husband looks almost like her father when standing next to her.

You can visit her Instagram to see her recent whereabouts!