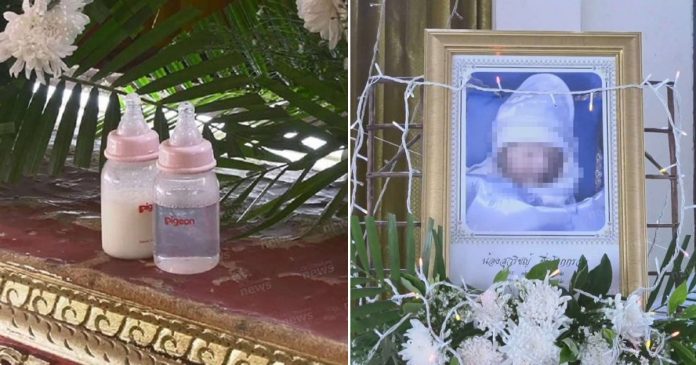 May 12th was a day of devastating tragedy for Mei Lian and her family, who are from the northeastern region of Thailand. She was originally scheduled for labor on the 17th of May. Unfortunately, her water broke 5 days earlier and she had to be rushed to the hospital in the morning.

Upon arriving at the hospital, they were told by the medical staff to “lie down and sleep for while”. It eventually turned into a 4-hour wait, which caused Mei Lian unborn baby to die inside her tummy.

During one of her final routine check-ups, she was reminded by the doctor that should she experience any pain or discomfort before her labor date, she should immediately return to the hospital for treatment.

However, the reality was a far-fetched dream compared to the promise. Mei Lian and her parents found it careless and utterly unprofessional that despite waiting for four long hours, not one staff from the hospital came to attend her.

Then, when a nurse finally approached them and checked her, she found the fetus’s heartbeat to be slowing down. Right away, she was rushed to the delivery room. But the wait didn’t end for the unfortunate mother-to-be as the doctor in charge hasn’t reported for duty yet.

It was all too late when the fetus was confirmed to have died from a dislocated umbilical cord with no heartbeat.

Utterly heartbroken, her parents turned to the doctor to ask what was the cause of death. Rather than providing them a reasonable explanation, the hospital staffs turned their backs on them.

Upon further pressing demand from Mei Lian’s sister, they were given an answer that the fetus was in a position that could not have been brought out by natural birth. A funeral was held for the baby shortly after.