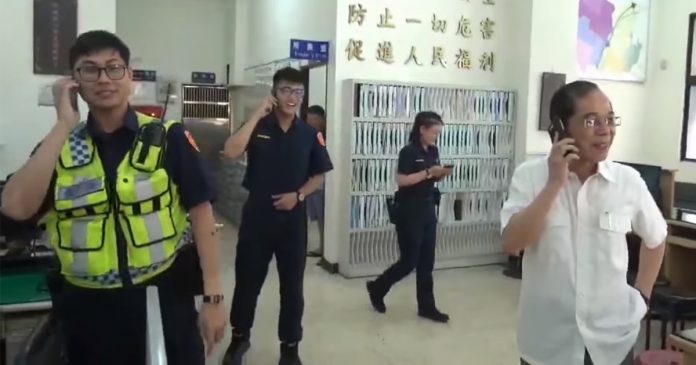 Serving the people of a country is not an easy job. Especially if you’re in the police department. Your entire life is dedicated to ensuring the safety of others while your own family is at home worrying about your safety. You don’t get enough time to spend with them too, because chances are you are working 24/7 even on the holidays.

He asked everyone on duty to stop what they were doing, pick up the phone and call their mothers.

The scene took everyone by surprise and they were overwhelmed. Apparently, most of the officers in Xitun police station was on duty on Mother’s Day hence they couldn’t spend time celebrating their mother. Lu took this opportunity to ensure that they kept in touch with their parents despite being away from them.

He added that most of the police officers in the said station are young adults who have only graduated a few years ago. They had to travel either north or south away from their family so even when they have time, they are unable to make a trip back home.

Young people are more accustomed to using mobile phones to communicate with their family hence he ordered them to talk to their respective mothers through a phone call.

It was an overwhelming sight as some officers were seen getting all emotional and even tearing up on the phone. Amidst their demanding job, they were able to express and share their love for their parents, even when they’re not there physically with them. Family always comes first!

Busy Lives Led a Couple in the UK Marry 60 Years...