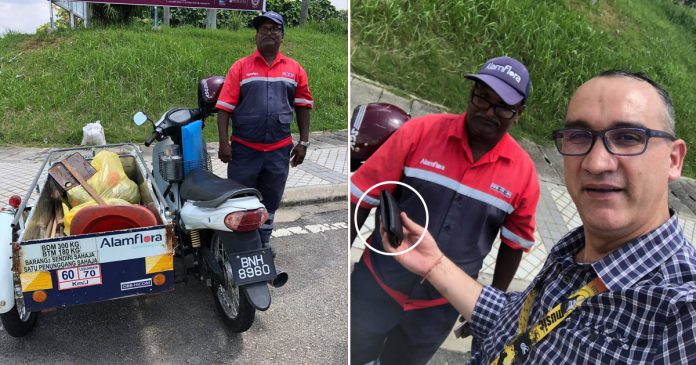 Good virtue seems to be the new in-thing. We’ve been hearing more and more stories of kind deeds and with everything that’s going on with the world right now, we definitely need more of it. Today we focus on honesty, and how this expat got his lost wallet returned in prim condition.

Roberto Calleja had just moved to Malaysia. Everything was working just fine until he, unfortunately, lost his wallet somewhere when he drove away unaware that the wallet was on his car roof. In his Facebook post that has now garnered quite some attention, he highlighted a few details of the incident.

He shared how pleased he was with the efficiency of the administration. “All the necessary paperwork was done on the same day and I had my documents replaced right after the police report was lodged, which included ATM cards, my daughter’s registration card and driving license,” he mentioned.

What impressed him the most is that the very next day, he received a call from a man who called to tell him that he had his wallet. Upon further inspecting his wallet, Roberto was relieved and surprised that everything was intact inside, including the cash.

The humble man even refused to take any rewards for it despite Roberto insisting. What intrigued Roberto is how a man who only works as a cleaner wasn’t tempted to take the belongings for his own benefit. He even invited Roberto to break fast with him and his co-workers as it is their fasting month currently.

Roberto’s post reassured us that it doesn’t take social status to have a kind heart. With the stigma surrounding under-privileged people and their association with crime and violence, the kind man’s action debunked the unsavory assumption.

Let’s be reminded that it’s never nice to judge someone by their outer appearance and to always be kind.