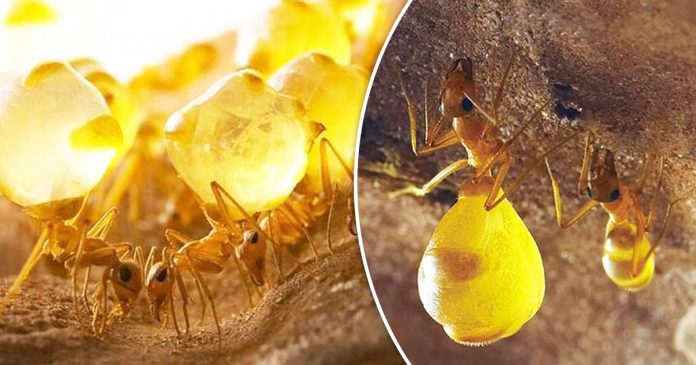 Ants are known for being hardworking. All their lives, they move from one place to another building nests as they go and carrying things on their back. These tiny insects are so strong that they can carry a thousand times their body weight!

The North American Natives have discovered an additional benefit of ants; eating them. It’s not just any ants, but the honey pot ants. 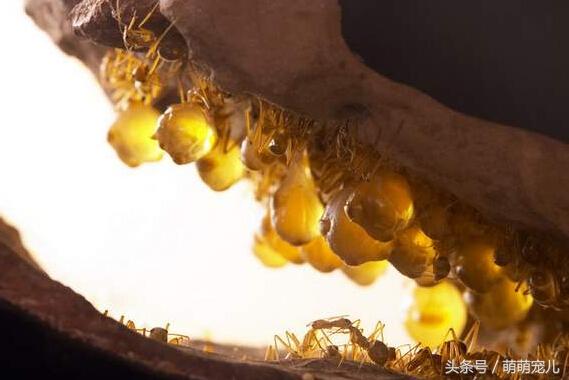 This discovery was made when a man stumbled on a weird ‘golden’ object on the walls of a cave. A closer look revealed what looked like a translucent golden egg that contained liquid inside.

He inched closer, only to find that the round object had tiny antennas and slowly began to realize that what he was looking at was, in fact, ants.

The golden ‘egg’ was part of the ant’s body. 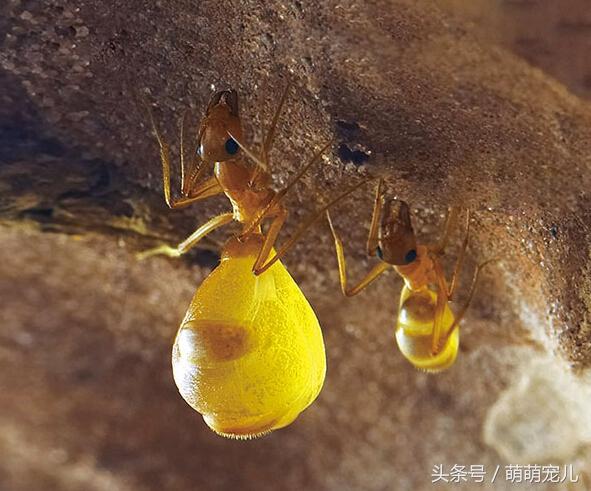 Honey pot ants have swelled-up abdomens, as a result of storing their food in it. Their only task is to ingest food in large amounts to be used later when needed. Only the worker ants gorge food. The other ants just extract the nourishment from them.

The liquid stored in their abdomen is rich with nutrients such as glucose, sucrose and fructose. It keeps them energized throughout their journey of labor even when they are out of energy. Due to its high sugar content, the liquid has a sweet, honey-like taste.

They are actually found in abundance in the northern region of America. 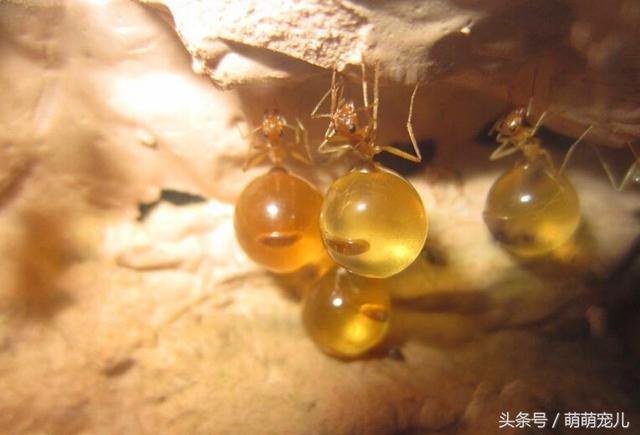 Having known this, the natives eat them right away as soon as the ants were sighted. Even if they don’t eat the insect in whole, they are sure to slurp up the liquid in their stomach.

It is their belief that these ants can cure a variety of diseases and keep them healthy. A sweet treat, it must be!