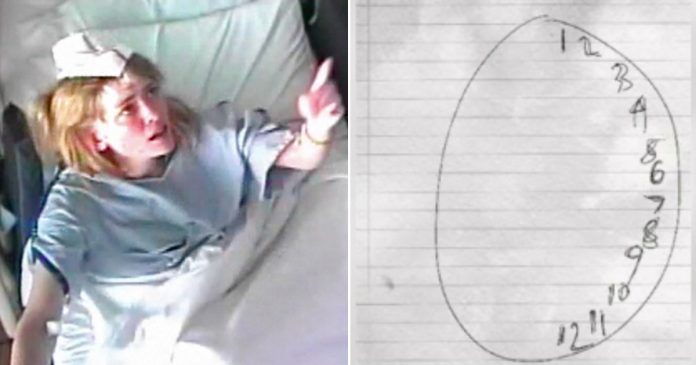 American journalist and author, Susannah Cahalan details her journey with a rare auto-immune disease in her memoir Brain on Fire and this is her story.

Back in 2009, Susannah was a healthy 24-year-old reporter working for the New York Post when she began to show signs of paranoia, erratic behavior and she experienced numbness and developed a sensitivity towards light.

Her symptoms became worse as she began experiencing seizures, hallucinations and psychotic behavior. She even tried to jump out of a moving car once.

Doctors wondered if she had some sort of psychiatric illness like bipolar disorder or schizophrenia and one doctor even attributed her symptoms to alcohol withdrawal.

Susannah’s mother brought her to New York University Langone Medical Center where she had her second seizure. She was at the hospital for a month where doctors did various blood tests and brain scans but they proved inconclusive.

Dr. Souhel Najjar was brought in to examine Susannah and he asked her to draw a picture of a clock.

She recalled drawing a circle and putting all the numbers on one side, while completely ignoring the other half of the clock. Dr. Najjar’s guess that Susannah did not suffer from a mental illness and this drawing of hers proved that he was correct. The problem was neurological, not psychological.

Dr. Najjar told her parents the “her brain is under attack by her own body” and coined the term “brain on fire.”

Susannah is the 217th person to be diagnosed with an autoimmune disease called anti-NMDA receptor encephalitis.

This means her body’s immune system created harmful antibodies, that attacked the NMDA receptors in the brain, which are vital to learning and behavior.

Susannah wondered “It just begged the question: If it took so long for one of the best hospitals in the world to get to this step, how many other people were going untreated, diagnosed with a mental illness or condemned to a life in a nursing home or psychiatric ward?”

She was treated accordingly and must get PET scans and transvaginal ultrasounds every year as follow-ups.

She now lives with her boyfriend in Jersey City and has not had any recurring symptoms since. She is off all medications and is more mindful of her health.

She has written, published and is now promoting her book “Brain on Fire: My Month of Madness” and a feature film based on her memoir was released in 2018.

Watch her story below: