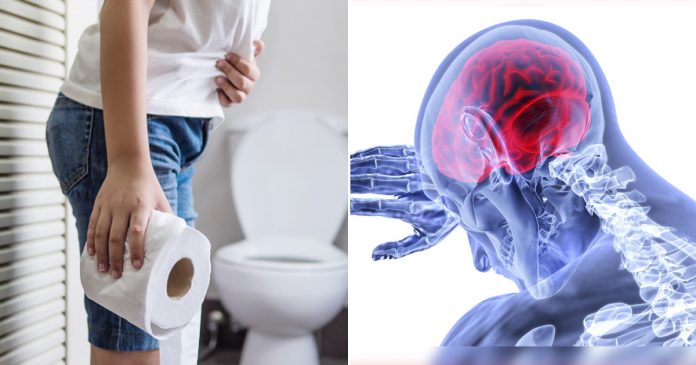 Our eating habits have changed drastically over the years. Consuming food at odd hours in irregular portions has resulted in more and more cases of stomach problems including constipation.

This man in Hong Kong recently shared online how his mother’s constipation had caused her memory loss. Strange, but true.

According to the news, his mother was struggling to relieve her bowel for some time. It made her uncomfortable so she went to the toilet and try to ease herself.

After spending quite some time inside, she came out questioning where she was and who were her family members. Concerned and confused over her sudden change of behavior, she was sent to the hospital by her family.

It turned out that she was having amnesia.

Her brain deleted the past 10 years off her memory, and she doesn’t remember anything or anyone in that time span. However, the result from the hospital showed that there was nothing wrong with her brain.

To add to the series of confusions, she regained her memory eight hours later, according to a local media. When asked about what happened in the toilet, she couldn’t recall anything nor she remembers the amnesia. This packs more suspense than a thriller movie.

Dr. Peng Jiaxiong, a neurosurgeon who learned her story later came with an explanation. He affirmed that it was constipation that caused her temporary amnesia.

This intense force triggered an increase in abdominal and intra-cerebral pressure which inhibited the flow of oxygen to her brain, causing a short-term memory loss.

He also cautioned that those who are highly emotional or often carry heavyweights are subjected to temporary amnesia due to the extremely high pressure they’re signaling to their brain.

As strange as this may sound, this is not an isolated case. In 2016, Mr. Lin, a 58-year-old from Taiwan suffered from constipation for a long time before he forced himself to pass stool. He lost his memory after he was straining to pass stools and was later diagnosed with deep venous insufficiency when the valves of the deep veins become damaged.

Nevertheless, such cases are reported to be rare as it only occurs in every 10,000 people.