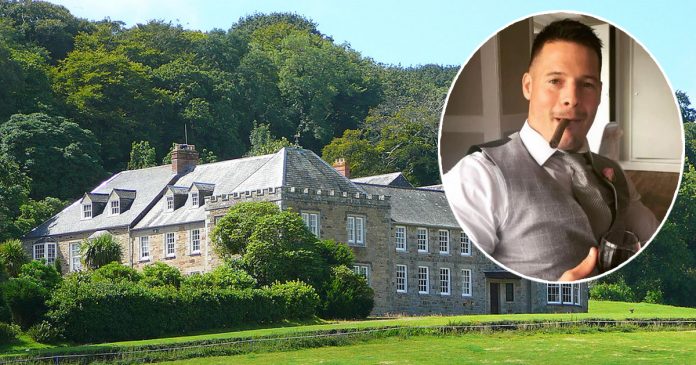 If you think the pauper-turned-prince tale only applies in movies and novels, you might want to reconsider. Up until a few months ago, 31-year-old Jordan Adlard-Rogers was a care worker who was living hand-to-mouth.

Now though, he’s the reigning heir to a $60 million country estate in Penrose, England.

Charles Rogers is a British aristocrat who previously owned the elaborate mansion. When he died last August in his car due to drug overdose, an under-the-table inheritance contest ensued among all who claimed to be related to the man and the fortune.

Jordan, at that time, was going back and forth with Charles’ attorney regarding getting a DNA test conducted to prove that he was the 62-year-old’s son. This was an ongoing effort that Charles initiated when Jordan was younger, to which he refused.

Then, when Jordan got older and wanted to get things straight with Charles, it turned into an ordeal as he was put through the estate’s solicitors. Many letters later, Jordan decided to give it an ultimatum by sending one last letter equipped with a DNA test kit. Unfortunate enough for him, the reply wasn’t a test result but a news that Charles had passed away.

The DNA test finally had to be done and after years of waiting, it turned out that Jordan indeed was the only son to the deceased man hence automatically entitling him as Charles’ successor.

Jordan now lives in the estate with his partner Katie Hubber and their newborn son, Joshua.

He had quit his job and is intending to invest his fortune to open up charity funds to help the communities of Porthleven and Helston, places he grew up in amidst hardship.

“I’ve been at the point of worrying about the next bill and have had a tough start in life but now I’m here I want to help people. I’m not going to forget where I’ve come from”, says Jordan.