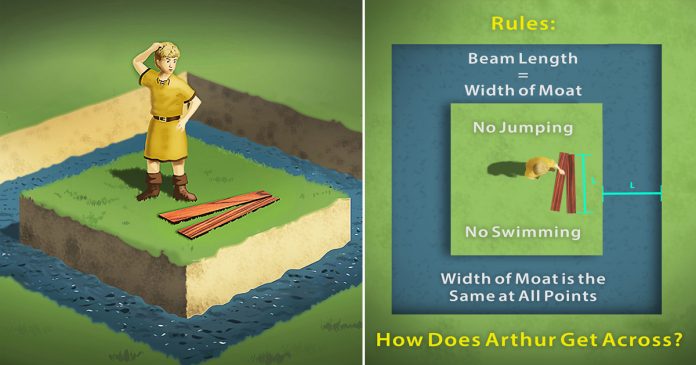 You get this riddle, of course. 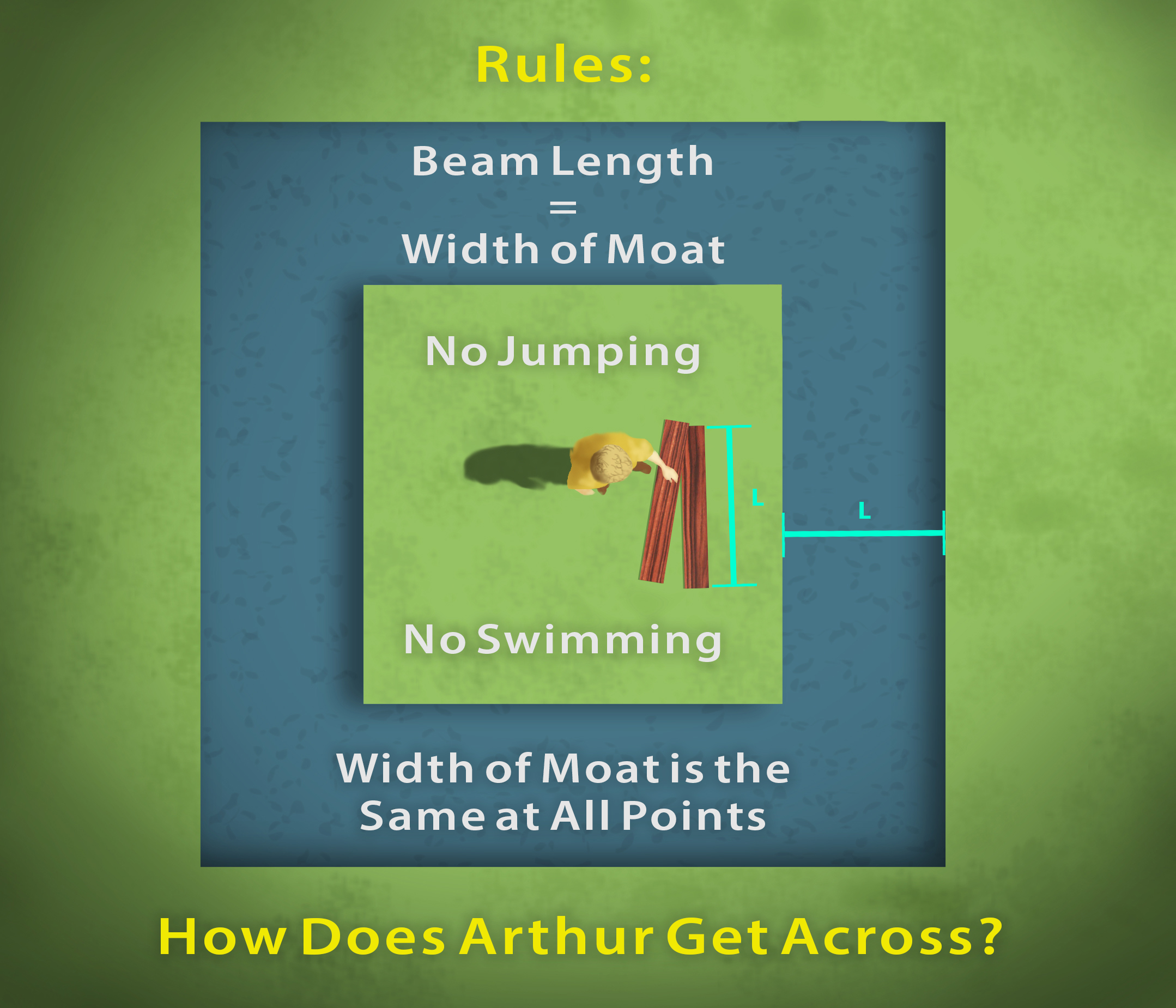 Arthur can’t jump or swim because Merlin has cast a magic spell that causes Arthur to drop to the ground as soon as he even tries to jump. The man-eating electric eels swimming in the moat keeps Arthur off the waters.

Arthur has one remaining hope; the two wooden beams Merlin has left at his mercy.

The length of each beam is exactly the same as the distance between the island and the opposite shore. The width of the moat is same on all directions.

Do you think you can help Arthur cross the island so that he can become the king and eventually rule Camelot? There are two solutions to this riddle, and if you’ve find one or both, you might as well take the throne over because you definitely deserve it.

Found it? Here are the solutions.

The first one requires some mind-bending.

You can cut across one of the four corners of the outer shore and create a bridge as shown in the image above. One beam is set at the outer corner diagonally, and the other beam connects from the inner corner making a ‘T’ bridge.

The second solution is pretty easy and is a foolproof way of getting across, though admittedly dangerous.

The two beams are placed in parallel to one another, but diagonally. This ‘extends’ the length of the beams and make it long enough to fit along the moat. But if Arthur isn’t lucky enough, chances are the beams might fall into the waters.

Did you find one of the two solutions? Or perhaps you have a better way of getting Arthur across? Share and let us know.