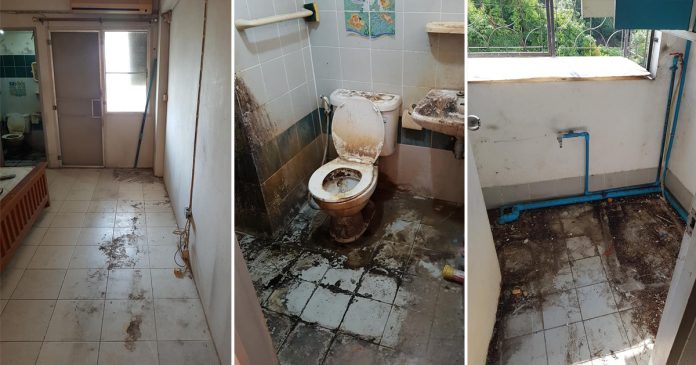 What you see is not what you get. Though this saying typically applies that one should have realistic expectation of things, a landlord lady’s Facebook post shows that she will never dare to expect good things out of her tenants again.

Nathalie Ruangdet owns a house in Ramkhamhaeng, Bangkok which she had rented to a ‘nice’ woman 9 years ago. According to her, she was a clean and respectable person with whom she had no issues in the past.

Though she would miss the payment some times, she would always make sure to inform Nathalie beforehand. Other times, the single woman even made payments ahead of the rent date.

However, things took turn for the worse when the woman abruptly evacuated the place one day. She didn’t even bother to meet Nathalie before leaving, but left the house keys with the security guard instead and had even asked for her deposit back.

When Nathalie went to the house to check on its condition, she had the shock of her life. While most of the other parts of the house were in decent condition, the toilet looked like it came straight out of a horror movie scene.

It looked barely attended to and seemed like was abandoned months ago. Though a quick confirmation with the neighbors affirms that she was indeed living there until recent times.

The toilet’s walls were covered with black grimes that expanded to the toilet bowl, sink and even the floor. Nathalie couldn’t believe that it was the very woman whom she had good impressions of who lived in a condition so filthy.

Reportedly, it took more than one cleaner to wipe the grimes out of the walls. Five of them had to scrub and clean for hours to have it removed. One of them said that the stench was unbearable.

“She has a strange life”, says Nathalie.

An astounding photograph was captured showing a beam of light ascending...