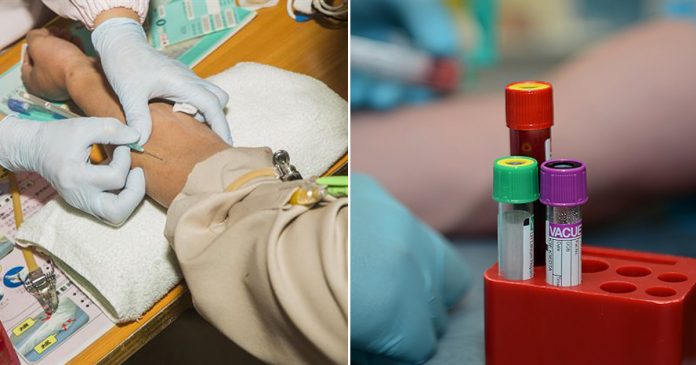 A couple from Jiangmen City, Guangdong province has been married for seven years. The husband is known as Fang and the married couple is blessed with two adorable daughters.

After some time, the family found out that their two-year-old daughter turned out to have a B blood type. What concerns the family is that Fang has blood type O and his wife is blood type A.

According to the basic law of genetics, it is impossible for them to have a daughter of this blood type.

Felt like looking for a dead end, the couple even had an argument as Fang questioned if his wife had an affair. His wife insisted that she never did anything like that and will never do something like that to their family.

Upon this, they suspected that the hospital had handed them the wrong child or maybe the hospital where they had the blood test made some errors. So they tried changing to a different hospital, but the result was the same—their daughter is still blood type B.

If his daughter’s blood type is still B, Fang deduced that the hospital must’ve mistaken his daughter for someone else and handed him another person’s daughter. So he took his daughter to the Judicial Appraisal Institute of Jiangmen Central Hospital and did the DNA test.

After a week of waiting, the test confirmed that she was indeed his real daughter.

Later, they met the Director of the Department of Blood Transfusion at Jiangmen Central Hospital, Cheng Daosheng. Daosheng explained to the couple that Fang’s wife didn’t actually have blood type A, but an AB subtype instead. However, her B antigen is relatively weak, making it difficult to identify using the general test procedure. Hence, it is possible for them to have a daughter with blood type B.

Thankfully the issue was solved immediately and didn’t cause any more problems to the family. Do you know what is your blood type?