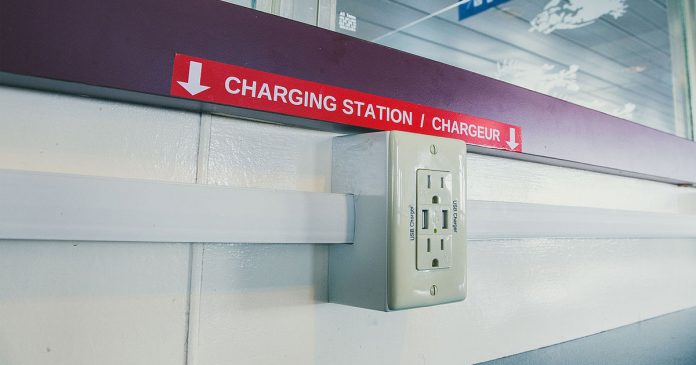 “Plugging into a public USB port is kind of like finding a toothbrush on the side of the road and deciding to stick it in your mouth. You have no idea where that thing has been,” says Caleb Barlow, Vice President of X-Force Threat Intelligence at IBM Security.

He made this statement concerning the potential risk of charging mobile phones at the USB power charging stations provided at airports.

Since these are available for public use on a large level, Caleb says they’re the hotspot for cyber-hackers. These criminals are now all wide-eyed on travelers, and one easy way of marking them down is by attacking the power charging stations.

One could unknowingly get malware installed into their phone while charging and their data can be retrieved and used by hackers for various crime purposes.

“Now, if you see an Apple charging cord, you’re likely to grab it or just plug into it. But inside this cord is an extra chip that deploys the malware, so it charges your phone, but now I own your computer,” explains Caleb about how datas can be easily downloaded without the mobile owner’s knowledge.

When asked about the best solution to avoid this issue, Caleb says it’s always better to bring your own charger.

He also recommends using external devices that can help block data while charging.

“It’s much safer for passengers heading to the airport to bring a regular charger along and plug it into a wall outlet or, alternatively, bring a portable power bank to recharge your phone when you’re low on bars”, he advices.